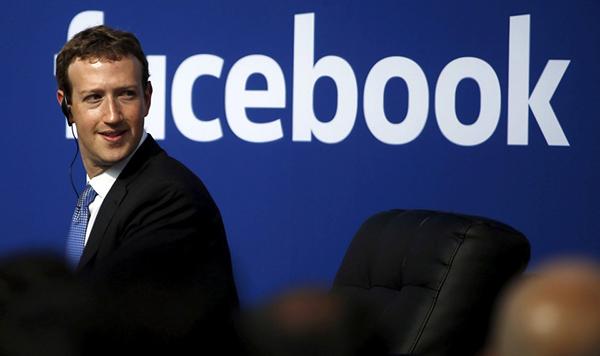 As regulators and chaos circle the company following the Cambridge Analytica scandal, Facebook’s leader has gone absent without leave.

Some time, about 10 days ago, Facebook was notified that there were major stories planned in The Guardian, The New York Times, and on British television about Cambridge Analytica. These stories would allege that the company built its initial models of American voters with data ferried out of Facebook by an app built by a Cambridge psychology researcher. And that when informed that this data existed, the company’s response was, at best, pro forma.

The stories came out last Friday and Facebook’s shares have been in free fall since the markets opened this week. There are massive open questions about this data and the effectiveness of the techniques that Cambridge Analytica has claimed to use. Of course, Russian connections are being floated.

But the most consequential questions are about Facebook. Without mincing words, the Financial Times laid them out in an editorial: “Why did Facebook take so little action when the data leak was discovered? … Who is accountable for the leak? … Why does Facebook accept political advertisements at all? … Should not everyone who cares about civil society simply quit Facebook?”

This is the Financial Times asking these questions!

As the variations on these questions have clanged around the world, the response from Facebook has been … almost nonexistent. Facebook executive Andrew Bosworth has been rolled out on Twitter and on his Facebook page to answer some questions. Facebook’s chief security officer Alex Stamos took to Twitter to offer his thoughts, then deleted the tweets, and yesterday, The New York Times reported he’s being steered out of the company, following disputes over how to publicly respond to disinformation efforts on the platform.

This is a story that goes right to the heart of Facebook’s role in civil society, a role which it actively courted for years, talking up Facebook’s political advertising’s effectiveness in official case studies and giving researchers special access to company data for studies on how the social network could influence people. Facebook wanted to be where everything happened and they were ruthlessly effective at winning the largest share of people’s time that they spent on the Internet.

“Every day people post billions of pieces of content and connections into the graph,” said Mark Zuckerberg in October 2013 in a call with investors. “In doing this, they are helping to build the clearest models of everything there is to know in the world.”

Now, however, the consequences of that desire to hold “models of everything”are coming clear. And faced with this news cycle, the company has refused to own up to the problems.

Where is Mark Zuckerberg? Where is Sheryl Sandberg? And more importantly: Where have they been since 2016? Nothing that has come to light in the recent days is news to Facebook. They’ve known about all these things for months and, in some cases, years. They built the system that allowed data to flow out of Facebook with only very mild oversight. They built the system that allowed dark political advertising. And, most importantly, they built the service that created these massive stores of data and the tools for using them to reach billions of people.

This is what they’ve built. These are the governance problems that come with this kind of market dominance. Mark Zuckerberg created a service and a corporate structure that centralized power in himself. And that means we need transparency from him because there is no other way to get it.

Perhaps we could read Mark Zuckerberg’s encyclical from early 2017 (published, fittingly, as a Facebook post) as his response to current events. After all, he knew much of what has come to be reported back then. And yet the word advertising does not appear anywhere in its 6,000 words.

Zuckerberg, then as now, has never reconciled the idealized vision of Facebook as a global community with the business that they have built on top of it. The level of naivety about the impacts of his company that Zuckerberg has publicly maintained has gone from ridiculous to dangerous.

The markets have never seemed to mind. Facebook shares have been on an incredible run straight through these last 18 months of terrible press. It just hasn’t mattered.

For some reason, Monday, that changed. European and even American regulators are circling. Maybe this is Zuckerberg’s opportunity to publicly come to terms with Facebook as a global corporation, not a global community.