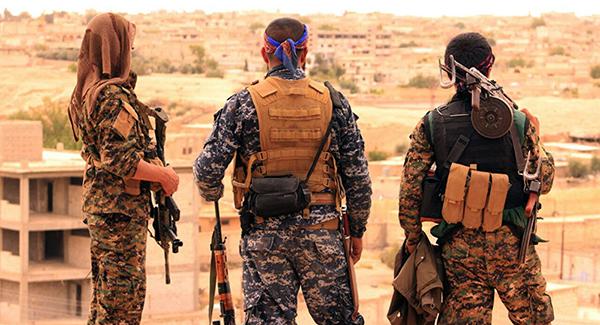 WASHINGTON (Sputnik) – The US-led coalition has had to scale back its fight against Daesh in eastern Syria as scores of commanders from the Syrian Democratic Forces (SDF) have left the area to battle Turkish forces in the northwestern town of Afrin, Operation Inherent Resolve spokesman Col. Ryan Dillon told Sputnik.

“Clearly, with the amount of fighters that have left — the SDF had announced 1,700 [fighters] —  a lot of those are, and I’ll be very blunt about this as well, the majority of the leadership of these elements are Kurdish. So a lot of the leaders of these elements in the Middle Euphrates River Valley have departed,” Dillon said in a phone interview from Baghdad on Thursday. “We’ve been limited now in our ability to conduct intensive operations and really put the pressure” on the Islamic State terror group.

Dillon said while the vast majority of SDF fighters have remained behind to continue battling Daesh, the loss of allied military leaders has taken its toll on anti-terror operations.

“Things have slowed down because of the operations that happened in Afrin,” he said.

The spokesman said that most of the newer recruits to the SDF, which was previously a predominantly Kurdish force, are Arab. He added that Arab fighters currently make up the majority of the SDF’s forces, while Kurds are now a minority.

In January, the Turkish military launched an offensive to seize control of Afrin from the Kurdish People’s Protection Units (YPG), a group that makes up a major component of the SDF’s forces. The SDF has said that 1,700 of its fighters left eastern Syria to battle Turkish forces in Afrin.

Turkey considers the YPG an affiliate of the Kurdistan Workers’ Party (PKK), which Ankara has designated as a terrorist organization.