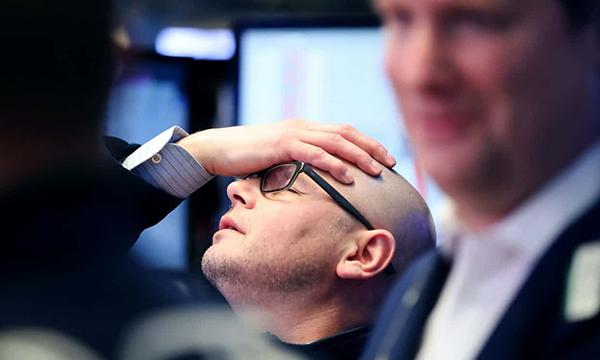 China has retaliated against Donald Trump’s decision to impose tariffs on steel and aluminium by signalling that it will hit US goods such as pork, apples and steel pipe with higher duties.

As Asian stock markets plunged at the prospect of a trade war between the world’s two biggest economies, China’s commerce ministry urged Washington to negotiate a settlement as soon as possible but set no deadline.

A ministry statement on Friday said the higher US tariffs “seriously undermine” the global trading system.

“The Chinese side urges the US side to resolve the concerns of the Chinese side as soon as possible,” the ministry said. It appealed for dialogue “to avoid damage to overall Chinese-US cooperation.”

The Nikkei in Tokyo was down almost 4% at 4am GMT while in Australia, which exports more iron ore to China than any other country, the ASX200 benchmark index was off 2%. Shares in Hong Kong and Shanghai were down 2.75% and 3.2% respectively, while the Kospi in Seoul was down 2.2%.

Hannah Anderson, global market strategist at JP Morgan Asset Management, said: “The equity market will bear the brunt of the market reaction. Most impacted will be the US, Korea, and Taiwan as companies domiciled in these markets make up a significant portion of the global production chain of Chinese exports.”

China’s foreign ministry suggested soybeans, airplanes, cars and cotton could be targeted in response, while an editorial in the Global Times, a nationalistic Chinese tabloid, also pointed to US soybeans and cars as potential targets. China could also refuse to export certain products in retaliation and ordinary citizens may take it upon themselves to boycott American goods.

“When the time comes it is not only the Chinese government that will counterattack the US trade war, there will be many Chinese people willing to turn it into a people’s war,” the editorial said. “Don’t believe it? Come try us”.

Goods targeted for possible higher Chinese tariffs include wine, apples and ethanol, which would hit agricultural areas where voters supported Trump in the 2016 presidential election.

“Chinese officials have bounced around the idea of a soybean or pork tariffs in response, which they know will hurt farm states that voted for Trump,” said Victor Shih, a professor of political economy at University of California, San Diego. “China has been preparing for this for almost two years since Trump made threats on the campaign trail, they have a whole arsenal of responses.”

The Chinese government could also target US technology companies that manufacture products in China, like Apple, in the hopes those firms would pressure Washington to back down, Shih said.

The ministry said China bought about $1bn worth of those goods last year. They would be hit with a 15% tariff increase, mirroring the US duty hike of 15% on aluminum.

A second group of products targeted for a possible 25% tariff, mirroring the higher American charge on steel, includes pork and aluminum scrap, according to the ministry.

“It’s already a trade war. And this war is started by the US,” Cheng Dawei, a professor of international trade at Renmin University in Beijing.

The Chinese government is still consulting with industry leaders on other possible retaliatory measures, she added, while China will also “react on other multilateral platforms, such as World Trade Organisation and the G20”.

Further tariffs are likely, with Chinese president Xi Jinping recently delivering a nationalistic speech at the close of a parliamentary session where he secured a removal of term limits on his office.

“The US action demonstrates how much damage Xi Jinping has done to the US-China relationship, he completely rejected Obama’s outstretched hand and now there’s broad support in Washington that something had to be done,” said Ely Ratner, a senior fellow at the Council on Foreign Relations. “It’s a political imperative for Xi Jinping to retaliate after his coronation, he doesn’t want to seem weak after being crowned president for life.”