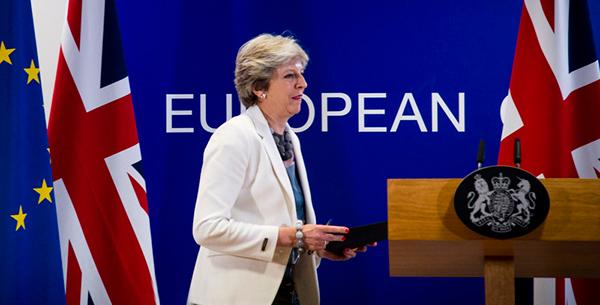 EU leaders will discuss Russian security threats in the wake of the UK attack, but will not adopt new sanctions at Thursday’s (22 March) summit.

They will hear from British prime minister Theresa May at dinner how Russia tried to kill a former spy, Sergei Skripal, in England using a chemical weapon.

They will also hear EU Council president Donald Tusk say they should improve border security, cyber defences, and counter-propaganda efforts in light of the events.

May is not expected to propose new EU-level sanctions on Russia, according to diplomats briefed on events, but will say that Russia violated the rules-based order in Europe and that Western allies must stand together.

She will not put forward new evidence of Russia’s guilt on Skripal either, but senior British officials did that with European counterparts in Brussels on Wednesday and London has shared classified information with EU states bilaterally.

There’s “no plausible alternative explanation” than that Russia did it, leaders plan to say in a joint declaration on Thursday along the lines of a foreign ministers’ communique adopted on Monday.

“What happened with Russia was serious … we’ll use the strongest formulation possible,” an EU diplomat said.

The declaration might speak of collective EU action on Russia in future, diplomats said, but new sanctions will not be discussed until Great Britain proposes something at a later stage.

“There’ll be no new measures [sanctions] … It’ll be a political message,” the EU diplomat said.

Tusk’s security debate will ask how to defend Europe against Russian assassinations, election interference, and its jets’ incursions into member states’ airspace, another EU diplomat said.

The Russian actions amounted to “harassment which approaches the threshold of warfare, but remains below it” and was designed “to test” the EU, the diplomat said.

He said the Skripal attack was a “wake-up call” for some EU countries, especially on their vulnerability to chemical or bacteriological attacks.

Looking past the summit, some member states, including Denmark, Poland, and the Baltic countries, are ready to back the UK if it proposed new visa bans and asset freezes on Russian individuals.

Others, including France and Greece are less keen, with France of the opinion that existing Russia sanctions, imposed over its invasion of Ukraine, are robust enough.

“There were differences of opinion on action” at the meeting on Monday, when foreign ministers held an initial exchange of ideas on sanctions, one of the EU diplomats said.

The German foreign minister, on Monday, also said there was a need for “dialogue” with Russia, which he described as a “difficult partner”.

Lithuanian minister Linas Linkevicius, who attended Monday’s talks, told EUobserver he saw no sign that Germany was prepared to question its plan to build a new gas pipeline with Russia, Nord Stream 2, despite the Skripal affair.

Turkish leader Recep Tayyip Erdogan has curbed the flow of Syrian refugees to Greece, but wants progress on visa-free and EU accession talks despite his authoritarian crackdown at home and a series of confrontations with EU states, such as his recent arrest of two Greek soldiers.

Leaders will push Tusk to ask Erdogan if he is still prepared to cooperate on migration and counter-terrorism when he meets the Turkish president at a summit in Varna next week.

The EU needs to maintain a “strategic dialogue” with Turkey, an EU diplomat said. He described Erdogan as an “unpredictable partner”, however. “We can’t act as if nothing had happened [in Turkey]. The situation is highly problematic,” the diplomat said.

Lithuania’s Linkevicius told EUobserver the EU should not end accession talks with Turkey because the process was “better than nothing” in terms of promoting EU values.

He added that Western allies had bigger fish to fry than Erdogan’s political provocations.

“There could even be possible a collision of [Nato] allied forces [in Syria], which would be dangerous,” he said referring to ongoing Turkish and other Nato members’ operations there.

The EU summit conclusions are to say that a Western Balkans summit in Sofia in May will focus on “reaffirming the European perspective for the region”, according to a draft seen by EUobserver.

But behind the scenes, some EU states, such as the Netherlands, do not want the Sofia event to send the message that enlargement is speeding up.

“There’s confusion on the objective of the summit. Some see it as pre-negotiations on enlargement, others want a more strategic debate, and to focus on points of cooperation,” a diplomat said, referring to cooperation on building new infrastructure in the region, or helping people to get permits to work in the EU.