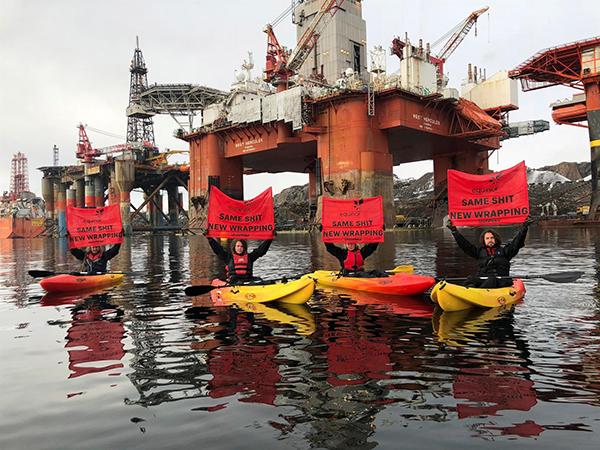 Greenpeace activists have boarded a rig that was due to sail to the Arctic to drill prospects on behalf of oil firm Statoil, the environmental group said yesterday.

“We have two people on board and 13 on the water to ensure the rig does not leave port. Our activity started at 8am (0700 GMT) this morning,” Truls Gulowsen, the head of Greenpeace in Norway, told Reuters.

“We are prepared to stay as long as necessary,” he added. The action took place at the Skipavik yard on Norway’s west coast, where the drilling unit was being prepared for the upcoming work.

The West Hercules rig belongs to Seadrill and is contracted to Statoil via its North Atlantic Drilling affiliate.

Statoil said last month the rig would drill two exploration wells during the upcoming summer season, with options for a further five wells, adding the West Hercules would provide for a safe and efficient operation. Yesterday, the oil company said the Greenpeace action would not affect operations.

“There’s a contract for upcoming work, but we haven’t begun any operations yet in that regard. It’s from this summer and onwards,” Statoil spokesman Morten Eek said.

Greenpeace and other groups in January lost a lawsuit against the Norwegian government over the continued drilling in the Arctic.