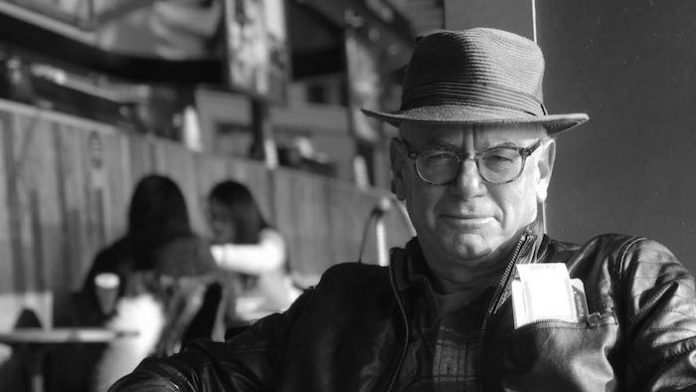 Ahron Bregman served in the Israeli army for six years. He took part in the 1982 Lebanon War and reached the rank of Major. He left the army after the war to work at the Knesset as a parliamentary assistant. Ahron studied in Jerusalem and London, completing a doctorate in War Studies at the Department of War Studies in 1994. He worked as a consultant/associate producer on two major BBC TV documentaries: The Fifty Years War: Israel and the Arabs (1998) and Elusive Peace: Israel and the Arabs (2005). His major publications include, The Fifty Years War: Israel and the Arabs, Elusive Peace: How the Holy Land Defeated America, Cursed Victory: A History of Israel and the Occupied Territories.

Where do you see the most exciting research/debates happening in your field?

I focus on war and insurgency in the Middle East, a region which is now in the midst of profound changes. Everything is shifting and this is likely to continue for the foreseeable future. The map of the Middle East as we know it is changing before our very eyes. Changes which, on the one hand, cause heart-breaking human suffering, will, on the other hand, provide generations of scholars, in so many fields, with more than enough material to research and debate.

How has the way you understand the world changed over time, and what (who) prompted the most significant shifts in your thinking?

Over time I’ve become more concerned about the ability of our political leaders to navigate us to safe shores without bumping into too many icebergs. I often wrap up my lectures with “lessons of war”, aimed at warning my students to be vigilant and keep a careful eye on those at the helm. When I was a young student at the Hebrew University, Jerusalem in the 1980s, I had a wonderful teacher, a Martin van Creveld. He was a military historian and very good at pointing at the persistent presence of folly in governments and the pursuit, by our political leaders, of policies contrary to our own best interests.

You have said that the “Palestinians have lost their best allies, those who have always supported them, namely Saudi Arabia and Egypt…[which] are by now, though not too openly, firm allies of Israel in the fight against Iran”. How does Iran’s position in the Middle East affect the future of the two state solution?

Iran, very cleverly and persistently, asserts itself in the new Middle East. You can already detect their fingertips in such places as Iraq, Syria and, of course, in Lebanon where they back their proxy, Hezbollah. Iran’s growing influence is a great concern, for a variety of reasons, to her neighbours, from the Saudis, through the Kuwaitis and of course, the Israelis. The huge amount of energy which is required to rein in Iran means that what used to be top of the agenda in the region, namely the Israeli-Palestinian conflict, is pushed down the to-do list. The Palestinians, it seems, will have to wait even longer for their state.

What are the long-term implications of Trump’s move to relocate the United States embassy in Israel to Jerusalem?

Trump knows close to nothing about the conflict between Israel and the Palestinians, and I doubt whether he can even point at Jerusalem on a map. What Trump cares about most is his electoral base at home and whatever he does, including his decision to move the American embassy from Tel Aviv to Jerusalem (which his predecessors were careful not to do) is driven by his domestic politics. Even if taking such a step might frustrate the entire Arab world and even lead to bloodshed between Israelis and Palestinians, it is still worth doing in Trump’s eyes. To be sure, moving the US embassy to Jerusalem will not change much as, somewhere in the future, Israelis and Palestinians will have to deal with the hot potato which is Jerusalem anyway, and will probably eventually divide this holy city between them.

Israel will celebrate 70 years of independence in May this year. How have the challenges confronting Israel changed over the years? What future challenges do you foresee for Israel?

Over the years, Israel has managed, quite successfully, to demonstrate to its hostile neighbours that it is there to stay – in the Middle East. It has done so by clever diplomacy and, particularly, by the use of brutal force. Israel is no longer in danger of extinction. The main challenge for Israel (and I know it sounds quite repetitive, even boring) is to sort out her conflict with the Palestinians. Israel has no other choice but to separate – that is physically – from the Palestinians, allowing them to set up a state on the West Bank linked, by a long bridge, or perhaps by a tunnel, to the Gaza Strip. If Israel wishes to remain Jewish and democratic it must separate from the Palestinians. If it waits for too long, then, with the growing number of settlements been built on the West Bank, it will become physically impossible to carry out the actual separation from the Palestinians. Also, the majority of people between the Mediterranean Sea and the Jordan River will soon be non-Jews. In such circumstances, Israel might find itself between a rock and a hard place: it could, of course, offer all the people between the sea and the river to vote in general elections, in which case the elected government would be Arab, or it could deny the non-Jewish population from taking part in general elections, in which case it would turn itself into Apartheid South Africa.

You served as an Israeli artillery forward observer during the 1982 Lebanon war. How did this experience shape your views about the Israeli Defence Force’s use of force against Palestinians?

In Beirut, in the summer of 1982, the IDF (and yes, I was there in Ba’abda overlooking Beirut), hit military targets inside the Lebanese capital and imposed a siege which was aimed at turning life for the people inside Beirut into hell. It had a purpose: to drive a wedge between the Beirutis and Yasser Arafat, the Palestinian leader who was operating in West Beirut fighting the Israelis; to make the suffering people of Beirut hate Arafat so much for bringing on them the misery that they would turn their back on him. I can tell you that little has changed since then as far as IDF methods are concerned. In Gaza, the IDF keeps bombing the Gazans and besieging them in order to drive a wedge between them and Hamas, making them turn their back on their leaders. It is wrong, and indeed illegal in the eyes of international law, to exploit the suffering of ordinary people to achieve such aims.

Have Israel’s external threats overshadowed other pressing, internal challenges such as political corruption and income inequality?

Ironically, it was the external threat that, for years, kept the Israelis together. The “outside enemy” – real or imaginary – used to be the glue bonding Israeli society together. Now that this external threat is lifting (a process which started as early as 1979 with the signing of peace between Israel and Egypt) Israel has started to resemble the biblical tribes. For with the glue provided by the constant external threat gone, the divisions in Israeli society and other illnesses are apparent and for all to see.

What is the most important advice that you would give to scholars studying international politics?

That war and conflict in the Middle East, and indeed elsewhere, is here to stay. That’s the nature of things. In fact, on certain occasions, there is no other option but to go to war, such as was the case in 1990–91 when Saddam Hussein invaded his neighbour Kuwait and it was necessary to evict him from there. I often tell my War Studies students: don’t waste your time trying to cancel this phenomenon which we call war. Your energy should be directed at looking for ways to moderate it, to try and control the beast rather than having it go away, as it won’t. I urge them to look for ways to eliminate war’s most terrible by-product which is the killing of people. Perhaps, in the future, we could have remote controlled robots which would do the fighting for us and save people’s lives. Inshallah!