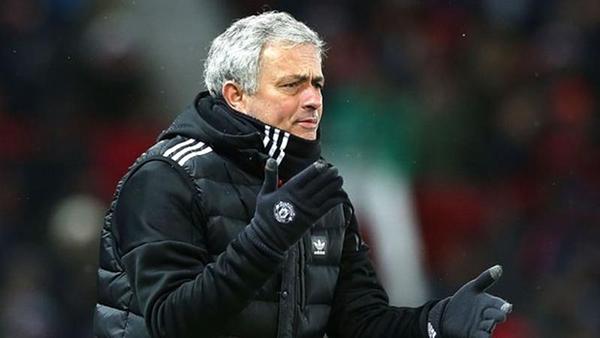 Manchester United manager Jose Mourinho says people with “a brain” and “common sense” appreciate the team is in a period of transition.

Mourinho has repeatedly been criticised for a style of play that is perceived to be unadventurous.

That intensified after their Champions League defeat by La Liga side Sevilla.

“I understand the sadness of being knocked out in the Champions League, but I don’t understand anything more than that,” Mourinho told CNN.

United, in second, are 16 points behind leaders Manchester City in the Premier League and the title could be decided in the Manchester derby at Etihad Stadium on 7 April.

After United progressed into a record-equalling 29th FA Cup semi-final with a 2-0 victory over Brighton on Saturday, Mourinho accused his players of being “scared to play” and questioned their “personality”.

On the eve of the game, the former Chelsea boss – who won the Europa League and EFL Cup in his first season as United manager – had delivered an impassioned 12-minute speech defending his record.

In his interview with CNN, he added: “Looking to us in the Premier League we have one team, one club clearly better prepared than us in the past few years to be first and we have 18 clubs behind us. One in front of us, 18 behind us.

“Of course, in the future we want to have 19 clubs behind us but this is the reality, and the reality is for people with a brain, with common sense, with knowledge of what sports is, we are in a moment of transition.

“And being in a moment of transition and still managing to do what we did last season, and win trophies, and to do what we are trying to do this season, which is still trying to win a trophy and trying to be second… I think we are in a good position.”