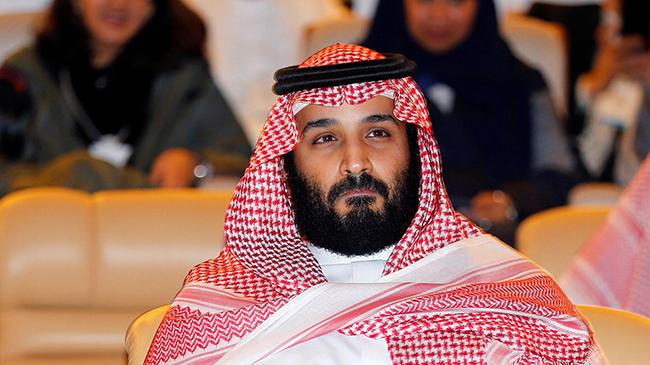 On a public relations blitz, Crown Prince Mohammed bin Salman has lined up stops in Boston, Houston, Los Angeles, San Francisco and Seattle to cultivate investments. On Tuesday, he met with President Donald Trump in the Oval Office.

In addition to cultivating Western ties for investments in Saudi Arabia, the trip is also an opportunity for the crown prince to try to reassure some investors who were unnerved by the severity and secrecy of an anti-corruption crackdown last November.

The crown prince will take part in the 2018 Saudi U.S.-CEO Forum in New York next Tuesday, the Saudi embassy said in a statement on Monday. As part of the event, he is slated to host a gala dinner, according to a copy of the forum’s agenda seen by Reuters.

Others set to attend will include JPMorgan Chase & Co (JPM.N) Chief Executive Jamie Dimon, Henry Kravis, who is CEO of private equity firm KKR & Co LP (KKR.N), and Nasdaq CEO Adena Friedman, sources familiar with the matter said. Dimon also planned to attend a gala with the crown prince in Washington on Thursday, one of the sources said.

BlackRock Inc (BLK.N) CEO Larry Fink, who is traveling for the China Development Forum in Beijing this weekend, was not expected to attend the Saudi-U.S. event, a person familiar with the matter said. Two senior executives from BlackRock, Philipp Hildebrand and Mark Wiseman, will attend, the person said.

DowDuPont Inc (DWDP.N) Executive Chairman Andrew Liveris, who is listed as co-chair of the Saudi-U.S. forum, will also be in attendance, according to the forum’s website.

Citigroup (C.N) CEO Michael Corbat was to be out of the country during the event but planned to see the crown prince elsewhere, according to a person familiar with the matter.

Next Thursday, Blackstone Group LP (BX.N) CEO Stephen Schwarzman will host an event for the crown prince, a source said.

A Goldman Sachs Group Inc (GS.N) spokeswoman declined to comment whether CEO Lloyd Blankfein would be attending the forum, while a spokesman for Morgan Stanley (MS.N) could not be reached for comment. A Lazard spokeswoman also did not comment on any meetings.

A key focus of the crown prince’s visit has been any information on a potentially lucrative listing of up to 5 percent of state oil company Saudi Aramco. It could value it at up to $2 trillion and make it the world’s biggest oil company by market capitalization.

Saudi Energy Minister Khalid al-Falih said in an interview with Reuters in Washington on Thursday that his country may still move forward with an initial public offering on an international exchange such as London or New York in the second half of 2018, despite previously raising doubts it could be delayed to next year.

The New York Stock Exchange (NYSE) and Nasdaq are among the possible venues for the listing.

A representative for the NYSE declined to comment on whether or not they will have someone in attendance at the forum.