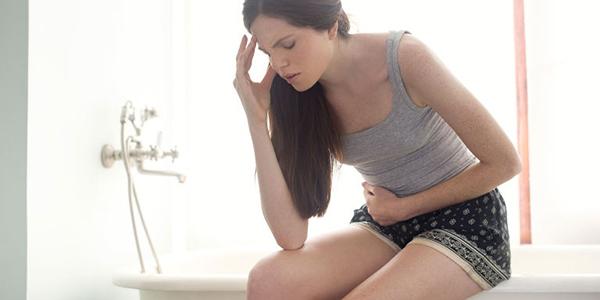 Whether you’re dealing with a casual case of indigestion or you’re suffering with something a bit more serious, tummy pains offer an insight into what’s going on inside our bodies and should never be ignored — no matter how manageable.

Here, we look at six of the most common stomach issues with the help of Dr Luke Powles, lead physician at Bupa Health Clinics.

What to do: Pain in the upper abdominal area is usually related to issues with acids in the diet, so antacids should help and eventually the pain should pass, Dr Powles says.

When to worry: If the pains persist, it could be linked to more serious conditions in the stomach, heart, lungs, aorta and other organs. “If it doesn’t settle down after a few days, or if antacids don’t seem to work, see a doctor,” Dr Powles recommends.

What to do: Bloating is an extremely common complaint when it comes to tummy pains and it could be linked to something you’re eating. “Certain foods can cause pain, discomfort or a bloated feeling,” confirms Dr Powles. “Avoid rich, fatty foods and see if that helps.”

When to worry: If you’re struggling to find the culprit, irritable bowel syndrome (IBS) could be to blame. It’s best to see your GP, who may put you on a FODMAP diet to help identify potential triggers.

Complaint: Pain in the upper abdominal area and chest after eating

What to do: Finished your dinner only to be left with pain and discomfort in the abdomen and chest? It’s happened to the best of us, and is most likely to be caused by the speed at which we’re scoffing our food. “People can get this if they’ve eaten too quickly or if they’ve eaten something that’s greasy and heavy, especially if they aren’t used to those kinds of foods,” explains Dr Powles. Digestive issues such as this can often be resolved with over-the-counter remedies which you can ask your pharmacist for advice on.

When to worry: This food coma feeling, although common, can also be confused with a food intolerance or IBS. “It’s a good idea to keep a food diary to spot any patterns, or groups of foods that affect you,” advises Dr Powles. Take this food diary with you when you go to see your GP so that you can identify the cause together.

What to do: Lower abdominal pain is incredibly common, and for women it is often linked to the menstrual cycle. If you suffer from period pains particularly badly, Dr Powles has a few ways to help relieve the pain (aside from painkillers).”Gentle exercises like walking or swimming may help, or putting a hot water bottle on your stomach,” he says.

When to worry: That being said, do keep a watchful eye out for severe pain in the lower abdominal area if it comes on quickly. “This could be a symptom of appendicitis, so keep medical advice immediately,” Dr Powles urges. The pain will usually begin in the middle of the abdomen, however, and may come and go initially. “Within a few hours, the pain typically travels to the lower right-hand side and becomes constant and severe.”

What to do: Again, abdominal cramping can more often than not be something that comes alongside your period.

When to worry: If you’re experiencing these kind of pains throughout the month, rather than just in the days leading up to your period, then it’s best to get fibroids, pelvic inflammatory disease, endometriosis or adenomyosis ruled out by a health professional. “These often require medical treatment, so it’s best to see a doctor sooner rather than later,” adds Dr Powles.

What to do: Abdominal pains that come hand in hand with excessive wing, bloating and diarrhoea can often present themselves along with itching and skin rashes, and can be a symptom of intolerance. “There are no specific tests for food intolerances, so it’s important to keep a food diary if you think you have this issue,” Dr Powles advises.

When to worry: If you experience these discomforts frequently, it’s well worth taking a look at what food and drink you’re regularly consuming. “Cut down on caffeinated drinks including tea and coffee and reduce how much alcohol you drink,” recommends Dr Powles. “Quitting smoking, losing weight if you’re overweight, not skipping meals, trying to stay upright during the day and having your head more raised at night can help,” he adds. “Minimise your intake of rich, fatty foods and try not to have too much spice.”