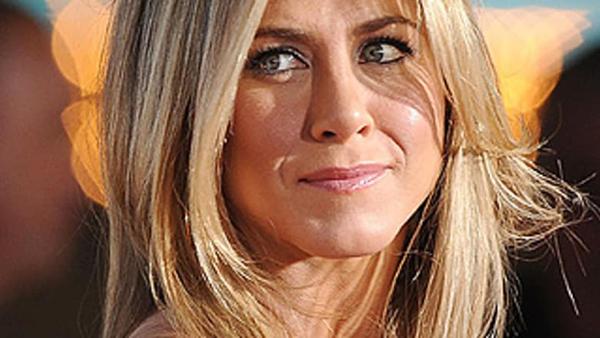 Last week a male friend of mine asked me how he could find the articles I write because he never saw them when he looked on the Fairfax sites, which he says he does every day.

He was genuinely confused about why he never saw them. I asked him if he looked at the Lifestyle section. His response? “The women’s stuff? But I thought you were a journalist.”

Women, apparently, like gossip and celebrities and pretty dresses. This is because we have fluffy little brains and can’t understand Very Serious And Important Issues like sports and cars and real news.

It’s probably because of my fluffy little lady brain that I think women are interested in such things because, unlike men, they are taught to value empathy, connections to other people’s lives and aesthetics. If I had a pink sparkly pen to write that sentence I would have used it. And put little love hearts over the “i”s instead of a dot.

Every major news publications in Australia has what they call a “Lifestyle” section. It’s where you find articles about health, relationships, fashion, and sex: otherwise known as women’s news because the only way to define gender is by the articles a person reads.

Manly men are too busy reading about chesty man things to think about the lives of other people. Manly men only ever read articles in the Lifestyle section so they can send manly insults to Clementine Ford and defend their gender from attack by the shrieking harpies who want to  prevent women being murdered by their partners.

It’s small and petty and ridiculous but it’s also a reflection of the small, petty and ridiculous definitions we put on gender. Women get special pink pens and their own non-crunchy doritos and a special section for all the articles about cupcakes and vaginas. Men read about sport, cars, politics and only use deodorant that comes in black or navy blue bottles.

We put news and books and movies and television shows and jobs and soap and clothes and shoes and language into gendered boxes. Women can pick from either box but men only get one. Poor fragile masculinity. So difficult to maintain and so very easily bruised.

My friend who never looks at the Lifestyle section has been married for many years. He’s intelligent and empathetic and curious about people. He understands the ridiculousness of gender stereotypes and is passionate about the injustice of oppression. I asked him where he reads about these topics. Books, he tells me. Or nowhere.

This doesn’t start in adulthood. And it’s not harmless. Little boys who are taught that masculinity is important and has a narrow definition are always going to be afraid of any displays of emotion or interest that might threaten their very identity as a man. Empathy is shaming. What if someone looks over their shoulder and sees them looking at the dress Nicole Kidman wore to the Oscars or reading an article about how to reclaim intimacy in a failing relationship? Girly man! “Got sand in your vagina again?”, as I once heard a man say to a friend who hinted sadness about Princess Diana’s death.

Data mining is everywhere so we know who reads the Lifestyle section and who reads the sports section. And more men than ever before are reading these girly topics.

Conversely, sport is not important to everyone, but women who read about sport don’t feel shame for doing so. Why should they? No one would ever sneer at a woman caught avidly scouring the sports pages. Sport is harmless tribalism and emotional release. Men take pride in it and I’ve known many men who find it less shameful to cry publicly over a football game than to cry over a broken heart.

But a woman who enjoys fashion and celebrity – that’s frivolous.

Skimming over an 800-word piece about the marriage of someone you’ve never met is not going to solve world hunger, but what if it gives you a perspective on your personal life you hadn’t thought of? Or a starting point for a conversation you’re not sure how to have? Why would that only be of use to half the population of people in relationships?

These are small and trivial things. No one is going to change the world with another article about whether Jennifer and Brad are getting back together. But the sum of small trivialities is the greater whole of gender roles that harm us all.