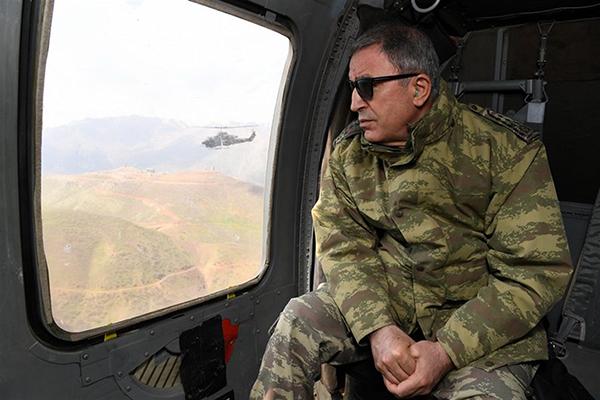 The Turkish army chief visited troops for examinations in the southern province of Kilis near Turkey’s border with Syria on March 22.

“’Operation Olive Branch’ has successfully been completed. Now, there is ongoing work to clear the area [of explosive devices]. Unfortunately, the terrorists have trapped all sides with hand-made explosives. While we clear them, there are also losses. Today, we had three martyrs,” Yıldırım said at an event in Ankara.

Furthermore, the Turkish Armed Forces found an explosive in Afrin, hidden inside a Quran by Syrian Kurdish People’s Protection Units (YPG) militants, according to security forces.

An explosive hidden inside a copy of the Muslim holy book hanging on a wall was found in a house during security sweeps in the village of Shaykh Ubasi, in northwestern Afrin, said the sources, who asked not to be named due to restrictions on speaking to the media.

The sources also said security forces were able to detonate the device safely without any losses.

The misuse of a holy book to hide explosives follows similar incidents, including an attack on March 14 that killed a Turkish soldier.