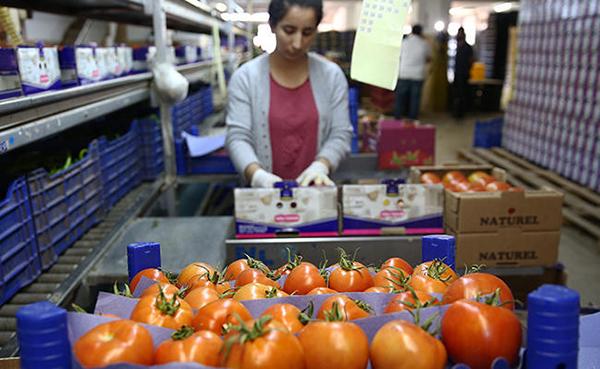 Only 12 Turkish producers are currently allowed to supply tomatoes to Russia.

Ankara is “absolutely” against Russia’s limit on the number of companies importing Turkish tomatoes, according to Economy Minister Nihat Zeybekci.

“We are absolutely against the limit on the number of companies. If needed, we can do the same. We will import by choosing a company,” Zeybekci told Anadolu Agency on March 19.

In October 2017, Russia signed a decree lifting its restrictions on the import of tomatoes from Turkey beginning Nov. 1, 2017. However, Moscow implemented an import quota.