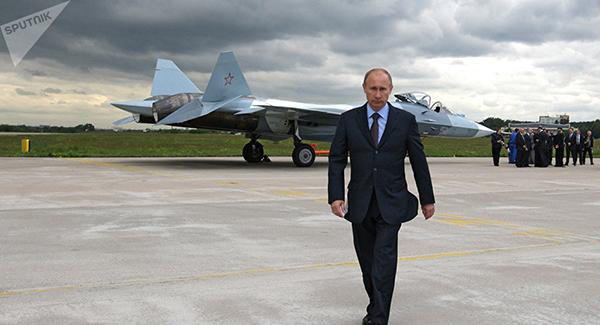 During a recent meeting with the former presidential candidates, Russian President Vladimir Putin specifically underscored that Moscow will not join a new arms race but will pay necessary attention to strengthening of Russia’s defense capability.

NBC News has cited White House sources as saying that during last week’s telephone talk with his Russian counterpart Vladimir Putin, US President Donald Trump pledged to prevail over Moscow in a possible new arms race.

“If you want to have an arms race we can do that, but I’ll win,” Trump said.

The remarks came as the US President phoned Putin to congratulate him on victory in the March 18 presidential elections in Russia.

During the telephone conversation, the two specifically underscored the importance of making coordinated efforts to limit an arms race.

The topic was also high on the agenda of Putin’s meeting with former presidential candidates in Moscow on March 19, during which Putin vowed that Russia would not join a new arms race.

“We will certainly pay the necessary attention to further strengthening the country’s defense capability, but I want to tell you right now: no one is going to launch some kind of an arms race,” Putin pointed out.

During his state-of-the-nation address to the Federation Assembly on March 1, Putin touted Russia’s new advanced strategic weapons, including the Sarmat intercontinental ballistic missile and the Avangard hypersonic system.