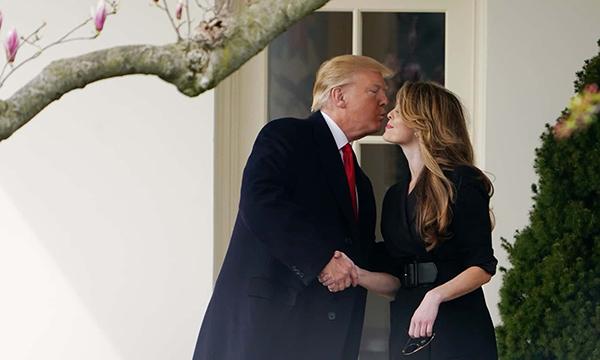 With a handshake and a presidential kiss on the cheek, Hope Hicks bid farewell to the White House, the press-shy communications director taking a rare moment in the spotlight on her final day in Donald Trump’s administration.

The exit of the president’s most trusted aide, coming one day after yet another cabinet departure, highlights continuing uncertainty among Trump aides and White House staff about who might be the next to go.

Hicks departed the administration on her own terms and was given a gracious goodbye by Trump outside the Oval Office in view of reporters. That stands in stark contrast to the White House treatment of David Shulkin, the veterans affairs secretary who was fired amid ethics questions and replaced by a White House physician who has no experience running a bureaucracy or working with veterans.

As Trump allies defended the choice of Ronny Jackson, scrutiny quickly shifted to a number of other cabinet members facing ethics questions and with strained relationships with the president, as well as a White House chief of staff who has found his influence diminished. Trump aides and outside advisers suggested that other changes weren’t imminent, but no one could say how long that would last.

“I’ll have to get back to you on that,” said deputy press secretary Lindsay Walters when asked on Air Force One if Trump now had his ideal cabinet.

White House officials are apprehensive about Hicks’ departure, given her unrivaled position in the president’s orbit. Despite her title as communications director, Hicks was more accurately described by White House officials as Trump’s right-hand woman and media gatekeeper, providing needed doses of affirmation to the president and able to deliver bad news to him with few repercussions.

The internal jockeying to replace her – if Trump even chooses to do so – has featured backstabbing and planted news stories that, in turn, bash the leading candidates: Mercedes Schlapp, the White House strategic communications director, and Tony Sayegh, assistant secretary for public affairs at the treasury department.

Many close to the White House, however, expect senior adviser Kellyanne Conway or press secretary Sarah Sanders to assume the role, at least temporarily. Sanders has grown close to the president since taking over the press secretary’s job after the resignation of Sean Spicer last summer, and has been spending more time in the Oval Office lately.

Trump, never disciplined, has taken to freelancing more of late, as he moves to surround himself with aides less likely to try to rein him in. A speech outside Cleveland on Thursday meant to be about infrastructure instead felt like a campaign rally. And he has broken free of more of the restraints placed upon him by chief of staff John Kelly.

Trump hired John Bolton as national security adviser last week over Kelly’s objections and did not include his chief of staff in the Oval Office meeting in which the job offer was extended. And Kelly, who frequently listens in on the president’s calls, was not on the call Trump made from the White House residence earlier this month during which, over staff objections, he congratulated Russian President Vladimir Putin on his re-election.

Though Kelly’s job did not appear to be in danger, Trump has mused to outside allies of late about setting a West Wing structure with no chief of staff, reminiscent of his Trump Tower operation.

Aides said controversies around Trump’s staff need to hit a certain decibel level to get the president’s attention.

In the case of Shulkin, who was found to have inappropriately accepted gifts and travel, his parting came as he was under fire from all corners, including GOP-leaning veterans groups and good-government watchdogs. And Trump himself vented to confidants that the questions surrounding Shulkin undermined his campaign promise to help veterans, according to three White House officials and outside advisers who spoke on condition of anonymity to discuss personnel matters.

Officials said ethical questions swirling around other cabinet members are not attracting the attention of the president in the same manner but caution that could change quickly.

Housing and urban development secretary Ben Carson came under scrutiny after reports that his agency was spending $31,000 for a new dining set. Environmental Protection Agency administrator Scott Pruitt has faced questions about $25,000 spent on a soundproof “privacy booth” inside his office to prevent eavesdropping on his phone calls and another $9,000 on biometric locks.

White House ethics officials, directed by Kelly, have warned Carson, Pruitt and others that further negative attention could change the dynamic and send them packing. But another cabinet member, attorney general Jeff Sessions, may have inadvertently stepped into Trump’s line of fire this week.

Trump has been livid at Sessions for months for recusing himself from the Russia investigation, belittling him publicly and privately but not yet moving to dismiss him. But Sessions on Thursday appeared on the cover of Time magazine, Trump’s favorite publication.

Trump has been known to boast about his appearances on Time covers – fake ones have been installed at his golf courses – and was angry last year when former chief strategist Steve Bannon appeared on one. One Trump ally said the president has previously said, only half-jokingly, that he should appear on the cover every week. 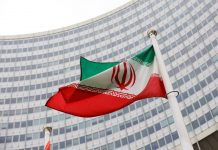