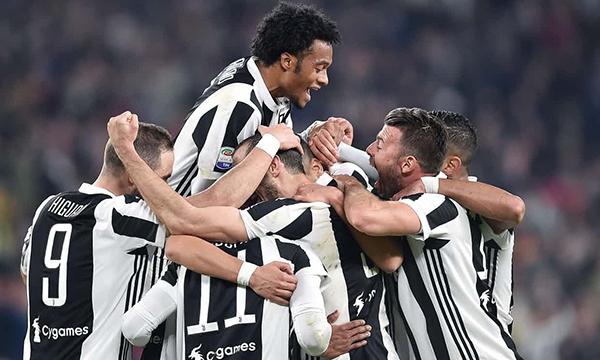 The Juventus winger Juan Cuadrado come off the bench after a three-month injury layoff to score the goal which set the Serie A leaders on the way to a 3-1 win over Milan on Saturday.

Napoli needed an own goal from Sassuolo midfielder Rogerio 10 minutes from time to salvage a point in a 1-1 draw against lowly Sassuolo.

The Sassuolo midfielder Rogério turned Mario Rui’s cross into his own net under pressure from José Callejón with 10 minutes left to cancel out Matteo Politano’s first-half strike for the hosts, who are 16th and four points clear of the drop zone.

Napoli’s frustration began when Callejón had a fifth-minute goal disallowed for offside and Lorenzo Insigne’s volley was blocked by the goalkeeper, Andrea Consigli.

Consigli also made a fine save to deny Insigne in the second half and the substitute Arkadiusz Milik was denied a late winner when his bicycle kick struck the crossbar.

In the afternoon matches the Internazionale captain, Mauro Icardi, scored twice in a 3-0 win over Verona, Lazio blasted five goals in the last half-hour to thrash 10-man Benevento 6-2 and the Champions League quarter-finalists Roma drew 1-1 at Bologna.

Relegation-threatened SPAL hit back to draw 1-1 at Genoa with 10 men after being on the wrong end of a contentious penalty and sending-off decision made with the use of the video assistant referee (VAR).

Icardi, left out of the Argentina squad for the recent friendlies – which included a 6-1 defeat in Spain – took his tally to 24 while Ivan Perisic was also on target for fourth-placed Inter, who have 58 points.

The bottom side, Benevento, had their goalkeeper, Christian Puggioni, sent off after nine minutes at fifth-placed Lazio for handling outside the area and fell behind to a Ciro Immobile goal.

Astonishingly the visitors hit back to lead 2-1 with goals by Danilo Cataldi and Guilherme but Lazio ran riot in the last half-hour, their goals including a second for Immobile, which took his season’s tally to 26.

Edin Dzeko came off the bench to equalise for third-placed Roma (60), who visit Barcelona in the Champions League on Wednesday, after Erick Pulgar had given Bologna a first-half lead.

Gianluca Lapadula missed an early penalty for Genoa against SPAL but was given a second chance after Francesco Vicari was controversially judged to have fouled him.

Vicari appeared to make no contact but, after a four-minute VAR consultation, the referee pointed to the spot and sent off the SPAL player. Lapadula converted but SPAL hit back with a Manuel Lazzarri goal on the hour.

Udinese slumped to their sixth successive Serie A defeat when they lost 2-0 at Atalanta, Fiorentina beat second-bottom Crotone 2-0 and Torino won 4-0 at Cagliari, with all their goals coming in the last half-hour.