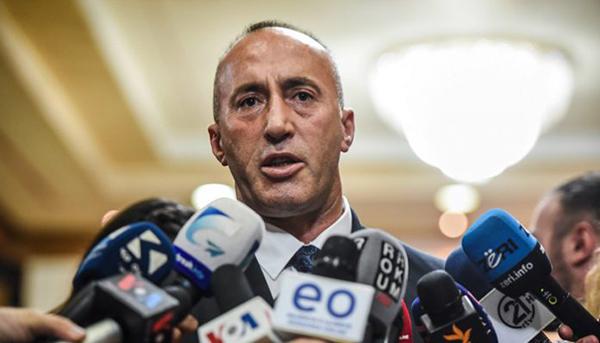 Kosovar Prime Minister Ramush Haradinaj rebuffed Turkish President Recep Tayyip Erdoğan, who had strongly criticized Haradinaj for dismissing the interior minister and the secret service chief over the abduction of six Turkish nationals to Turkey, saying that the internal affairs of Kosovo are run by Kosovars, not others, Koha and Vocal Europe reported on Monday.

On Thursday morning Kosovo police arrested six Turkish nationals, one doctor and five educators, working at a group of schools affiliated with the faith–based Gülen movement. They were reportedly removed to Turkey the same day.

The arrests sparked a political crisis in Kosovo. Prime Minister Haradinaj on Friday dismissed the interior minister and the secret service chief.

Strongly criticizing Haradinaj, Erdoğan on Saturday said: “I am asking: O! Prime minister of Kosovo: Under whose orders did you take such a step? Since when did you start to protect people who tried to carry out a coup against Turkey. You will pay for it.”

Recalling Skanderbeg, an Albanian national hero who fought against the Ottoman Empire, Haradinaj on Monday said: “Those who judge from far away, don’t know Albanians very well. We never meddle in someone else’s work. Kosovo and I never meddle in Turkey’s work. But, no one can meddle in our work. We will do it our own way. Everyone should know that.”

In a speech on Monday Erdoğan continued attacking Haradinaj: “I would like to thank Kosovo President [Hashim Thaci]. I say: Shame on you, Kosovar prime minister.”

Haradinaj had said on Thursday: “The entire operation — revoking their residence permits, detention, emergency deportation and the secret extradition to Turkey of the six Turkish citizens from Kosovo territory — was conducted without my knowledge and without my permission.”

President Hashim Thaci also on Thursday commented on the developments: “Today we are disappointed because our relevant institutions, for reasons that remain to be clarified to the end, have failed to defend these principles related to the human rights of foreign nationals who live and work in our country. I am informed by the competent authorities after the event that six citizens were deported today to Turkey on the grounds that they did not have a residence permit in Kosovo.”

But Thaci changed his tone on Saturday and said he was informed by the intelligence service that “their arrest and deportation is related to their illegal and dangerous activity in Kosovo.”

He also hinted that he was not pleased with the dismissal of the interior minister and secret service chief.

Leutrim Syla, lawyer for the six Turkish nationals — Cihan Ozkan, Kahraman Demirez, Hasan Huseyin Gunakan, Mustafa Erdem, Osman Karakaya and Yusuf Karabina — said on Friday that his clients would most likely face torture or ill treatment and harsh punishment if they are deported to Turkey.

Kenneth Roth, executive director of Human Rights Watch, on Saturday tweeted that six Turkish nationals who were arrested by Kosovar police on Thursday and apparently spirited out of the country by Turkish intelligence later in the day would face the risk of torture and abuse in Turkey.