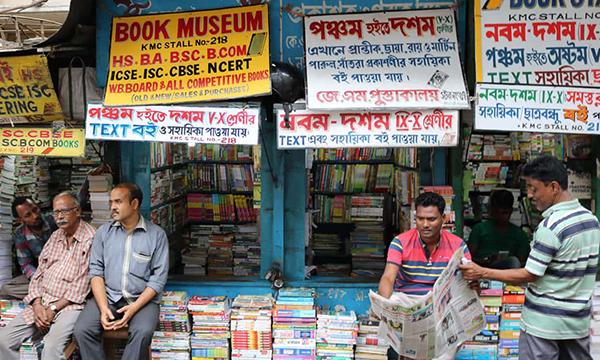 A few minutes into the final year maths exam at his Delhi high school, Raghav asked to use the bathroom. Inside, he texted pictures of the test paper he had secretly photographed to a phone number he was sent days before. Minutes later, answers materialised on the screen.

India’s annual exam season has gripped the country in the last month, with tens of millions of students undertaking gruelling tests to qualify for the limited slots available at Indian universities – the best of them with admission rates about one-tenth those of Oxford and Cambridge.

Also hard at work is the country’s so-called “cheating mafia”, the vast network aimed at profiting from the desperation of students and parents to get ahead in a country where, each year, an estimated 17 million people join a workforce adding only 5.5m jobs.

Last week, in the latest high-profile breach, the papers for two secondary exams were found to have been leaked on WhatsApp about 90 minutes before the tests. More than 2.8 million students in Delhi and the surrounding areas have been ordered to resit the exams later in April.

“It is mental torture,” said Kirath Kaul, 15, an east Delhi student who will be forced to sit a new maths exam this month. “I was spending all day study [for the last one] and even getting up at night to prepare.”

Cheating on exams in India is endemic, organised and elaborate. In Bihar, one of the poorest states in the country, more than 1,000 students were expelled for cheating in February.

Last year, the student who topped the state in one subject, arts, turned out to be a 42-year-old man. The student with the highest arts score in 2016 was stripped of her certificate after arousing suspicions, including by telling a TV interviewer she believed political science was the study of cooking.

In 2015, Bihar made global headlines when videos emerged showing parents literally scaling a five-storey building to pass answers to their children taking exams inside. This year, to ensure probity, the state installed CCTV cameras in exam halls and made every student leave their shoes and socks at the door.

“This is very much the sign of a broken education system,” says Yamini Aiyar, the chief executive of the Centre for Policy Research.

She blames the widespread fraud on a cocktail of intense pressure to earn a university qualification and a system that has been focused on building new schools, but unconcerned about what happens inside them.

“Studies tell us that on average about half of students that get to Standard 5 can read a Standard 2 text,” she says.

Incentives for teachers and administrators are also askew, she adds, measuring success and doling out promotions based on what percentage of children in a school or district are passing their exams. Officials are incentivised either to assist in the cheating or overlook it.

Sunita, who asked for her name to be changed for legal reasons, came into contact with India’s “cheating mafia” through the exam coaching centre Raghav have been attending before his final exams last year.

“The teacher said, your son is very weak ma’am,” she recalls. “My son was not interested in studying and I didn’t want him to repeat the year.”

The private tutor offered to connect with someone who could send Raghav the answers for his economics and mathematics papers. Nobody on either end of the phone would know each others’ identity. She signed up with four or five other families.

“It is totally common,” she says. And lucrative. “All of us probably paid this man about 60,000 rupees.”

India’s cheating industry has proliferated alongside others kinds of organised fraud such as call-centre scams, and is driven by a similar mentality, says Snigdha Poonam, author of a new book about the ambition and guile of Indian youth.

Social mobility in India is improving, according to surveys. But not fast enough to match the expectations of a generation reared on social media, western pop culture, and promises that India’s time has finally come. “The same forces drive young Indians into entering these economies built on fraud,” she says.

“[It is] the lack of legitimate options in the formal job market, a blurring of lines between honest and dishonest work, an ability to identify market gaps for services, and the resourcefulness to turn them into avenues for easy money.”

With the aid of his cheating hotline, Raghav passed all his subjects. He is now taking private photography classes and aims to make a career with his camera. Kaul, meanwhile, is studying hard, preparing to take her maths exam again on 25 April.

“But I’m worried the cheaters will perform better [than me],” she says. “I work very hard, but people only see the result – not that someone has cheated.”