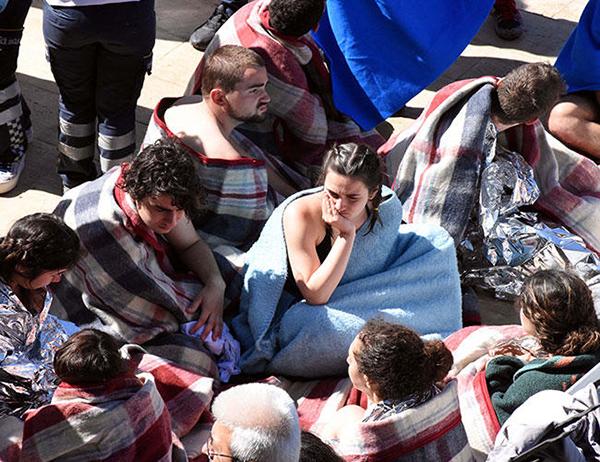 At least 79 people, including 71 students and eight crew members, onboard a boat off the Fethiye district of Turkey’s southwestern province of Muğla managed to swim to the nearest coast to be rescued after their boat sank, daily Hürriyet reported on April 2.

“According to initial findings, the reason the boat sank was bad weather. There are no reports of casualties or injuries,” said Fethiye Governor Muzaffer Şahiner.

The divers reportedly included students from a student association at Sabancı University in Istanbul, who were in Fethiye as part of a diving event that has become a tradition. The event was supposed to last for four days.

“After the boat sank, those onboard reached the nearest coast, but because big boats could not reach it, they are being evacuated into small boats in groups,” Şahiner said.

Students and crew members managed to swim and climb to a two-meter-high rocky place. The Coast Guard and the Turkish Naval Forces Command rescued all 79 people onboard.

Coast guard boats escorted by two torpedo boats and a helicopter of the Turkish Naval Forces Command rushed to the Gemiler Bay near the village of Kayaköy to rescue the divers.