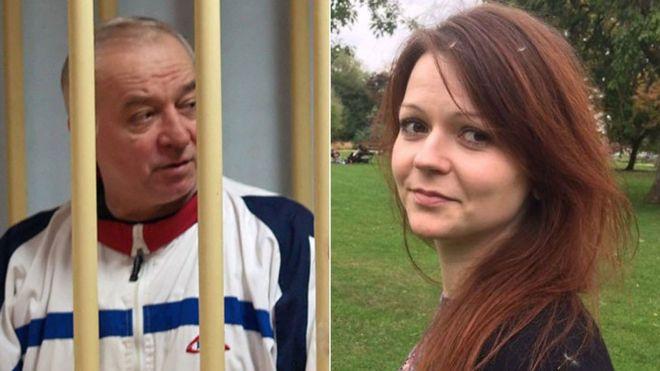 The precise source of the nerve agent used to poison a former Russian spy and his daughter has not been verified, according to the head of the Porton Down defence laboratory.

The research facility, which identified the substance in Salisbury as Novichok, said it was likely to have been deployed by a “state actor”.

Chief executive Gary Aitkenhead dismissed Russian claims it might have come from the UK military laboratory.

“We have not identified the precise source, but we have provided the scientific info to [the] government who have then used a number of other sources to piece together the conclusions,” Mr Aitkenhead told Sky News.

Sergei Skripal and his daughter Yulia were attacked with the nerve agent on 4 March.

The BBC understands Miss Skripal, 33, is now conscious and talking.

Salisbury District Hospital has said that she was no longer in a critical condition, adding that her father, 66, remained critically ill but stable.

Mr Aitkenhead said he had been advising those treating the Skripals.

“Unfortunately this is an extremely toxic substance. There is not, as far as we know, any antidote that you can use to negate the effects of it,” he added.

His comments come a day before an extraordinary meeting in The Hague of the executive council of the Organisation for the Prohibition of Chemical Weapons (OPCW).

The Russian ambassador to Ireland, Yury Filatov, said the Russian government had requested the OPCW meeting.

“We hope to discuss the whole matter and call on Britain to provide every possible element of evidence they might have in their hands,” he said.

“Russia is interested in establishing the whole truth of the matter and we hope certainly that this meeting will help to return to at least the realm of normality within the realm of international law and…decency in international relations.”

So far 29 nations have expelled diplomats over the poisoning, which the British government holds Russia responsible for.

Russia has now told the UK that more than 50 of its diplomats have to leave the country.

In a news conference on Monday, Russian Foreign Minister Sergei Lavrov suggested the poisoning could be “in the interests of the British government” because of the “uncomfortable situation” they had found themselves in with Brexit.

“There could be a whole number of reasons and none of them can be ruled out,” Mr Lavrov said.