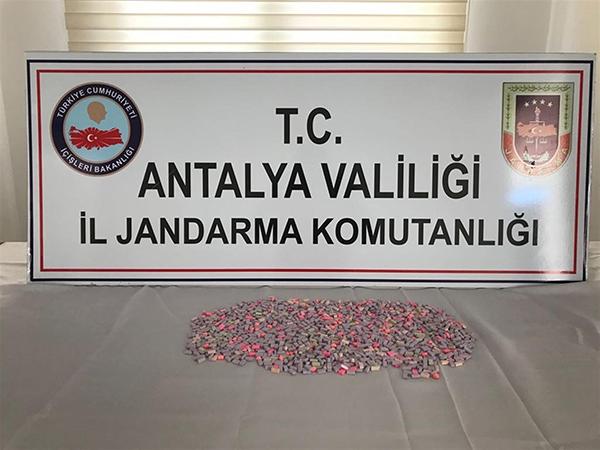 Some 105 grams of synthetic drugs hidden in 35 blood tubes have been seized at a courier company in the southwestern province of Antalya.

During an operation in the city, police searched a branch of a courier company and found 105 grams of synthetic drugs in 35 blood tubes in a box, Doğan News Agency reported on April 2.

The police arrested two suspects who were taking the drug to the company’s branch.

On March 30, Turkish forces seized 171 kilograms (376 pounds) of heroin in two anti-narcotic operations in the eastern province of Van, while more than 190 kilograms of heroin were seized across Turkey in another operation on March 27.