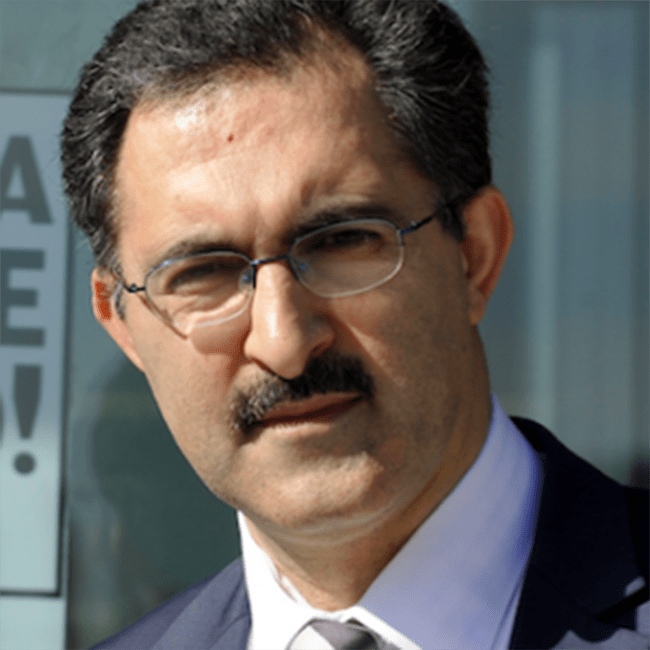 The declaration of the Islamic State in Iraq and the Levant (ISIL, ISIS or Daesh by its Arabic acronym) as a “project terror organization” by the National Security Council (MGK), the nation’s top military and security institution, on March 28 is nothing but a reflection of a long-held view by Turkey’s Islamist rulers that has often downplayed the threat of religious extremism and radicalism in the 80-million-strong predominantly Sunni nation in a dangerous and unstable neighborhood.

The MGK statement, which is a recommendation, or rather an order in practice to all government agencies, reveals the troubling mindset among Turkey’s rulers. It was not a total surprise, though, for students of Turkish politics who have repeatedly observed how President Recep Tayyip Erdoğan and other government officials have used the same talking point to describe ISIL in their public speeches and commentaries. The MGK, which was chaired by Erdoğan, simply rubberstamped what the government and president think of ISIL, a move that will certainly undermine the fight against the militant jihadist group in Turkey and help their networks grow and act with impunity and immunity.

What Turkish officials mean by “project terror group” is that ISIL was actually created and supported by the West in general, or more specifically by the Americans, to smear Islam, keep Muslims busy, put countries on the defensive and use it as a pretext to advance the West’s political ambitions including changing the map and dynamics of the Middle East and beyond. In practice, this translates into a policy of seeing any hostile jihadist group that does not toe the line with the Erdoğan government’s policies as an enemy while cozying up to all other jihadist groups including al-Qaeda and ISIL factions that will serve to promote Turkish Islamist ambitions in Turkey’s immediate and distant neighborhood. In other words, Erdoğan has no problem whatsoever with any jihadist group as long as he can command their allegiance and use them as a proxy group to do his own dirty bidding.

This is the main reason why the Erdoğan government has adopted a secret revolving door policy in the criminal justice system to reshuffle jihadists including ISIL suspects to create a pretense of battling the group when in fact it has been facilitating their travel and aiding and abetting them in procuring weapons, obtaining funds and securing logistical supplies. That is why very few ISIL cases are successfully prosecuted in Turkey and the conviction rate for suspects remains very low. The government often floats figures on detentions and deportations of ISIL suspects but carefully avoids giving numbers on how many ISIL militants were eventually convicted. There is no chance of judges and prosecutors defying the government on this policy when one-third of the members of the judiciary were overnight branded as terrorists in 2016 and dismissed from their jobs, with many of them thrown in jail. Over 4,000 judges and prosecutors, including leading names who had a proven track record of going after radical Islamist groups in Turkey, were summarily and abruptly purged from their jobs.

Now that the MGK has officially declared ISIL to be a project terror group, this will have implications more far reaching than secret orders from the political authority. The entire government apparatus will have to realign itself with this statement, making it much more difficult to tackle the ISIL problem, crack down on its networks and prosecute jihadists. It will also justify the use of ISIL militants as operatives and informants for the security and intelligence agencies because that would have been portrayed as penetration into a project terror group that was engineered by the West. The National Intelligence Organization (MIT), which has been working with ISIL, al-Qaeda and other jihadist groups in Syria and other places for years, will be further emboldened to maintain these contacts and expand the network. If the West manufactured ISIL in what Turkish officials describe as a lab setting for political goals, then why shouldn’t Turkey have its own ISIL brand to advance its interests?

Many, unfortunately, overlook the fact that the radical Islamic militancy is an existential threat to Turkey given its demographics, past experiences and regional outlook. If left unchecked, it will spill over into other countries and pose a fundamental challenge to the security and stability of many other nations as well. Therefore, common wisdom suggests Turkey should act forcefully in curbing religious zealotry independent of what other governments say and do. However, that does not seem possible today precisely because radical Islam is represented by the Erdoğan government, which controls all the levers of power in Turkey. Compounding this problem further is the broadcasting of these views to a larger audience without hindrance or filtering by the Turkish media, which is now by and large controlled by the government.

In a deliberate and systematic pattern over years, Erdoğan dismantled all the tools ranging from building a strong counter-narrative to using the criminal justice system that would have helped crack down on ISIL and other radical networks in Turkey. The Turkish military intervention in Syria helped relieve the pressure on radical groups and weakened the focus on the ISIL battle. Almost all Islamist groups back Erdogan’s war in Syria against the Kurds with religious fanaticism and nationalist euphoria reaching a new peak. The Turkish president has personally adopted a harsher anti-Western diatribe that more resembles jihadist talking points.

Last but not least, the MGK decision has dealt with yet another blow to the anti-ISIL campaign and further distanced Turkey from the anti-ISIL coalition partners. As a result, the Erdoğan government has in fact undermined not only Turkey’s vital national security interests but also peeled away another protective layer from the armor of allies and partners that have joined forces to eliminate ISIL. This manifestly wrong policy choice will come back to haunt the Turks in the not-so-distant future.