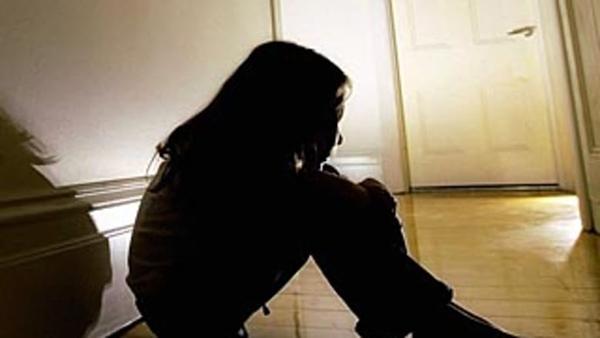 The brilliant Dr Temperance Brennan of the long running TV forensic crime drama, Bones, is unusual. She has difficulty interacting socially and she’s a woman. These are two characteristics we don’t often see together in popular culture. From Rainman to Dr Sheldon Copper of The Big Bang Theory, personality traits associated with autism and Asperger’s syndrome are usually portrayed in men. In real life, too, autism is diagnosed in many more boys and men, than girls and women.

But, what if autism is not a predominantly male challenge? Recent research suggests we may be overlooking too many girls and women, leaving them undiagnosed and at risk.
This could be because girls are better at “masking” autism traits than boys or because autism presents differently in girls. It could also be because the traditional focus on boys has led to tests skewed towards identifying males on the autism spectrum. It’s probably a combination of all these factors and more. Consequently, today’s ratio of three to four boys for every girl diagnosed may not reflect the real prevalence of autism across genders.

This is important for many reasons. About 230,000 Australian are on the autism spectrum, which means they have a lifelong developmental condition that affects their social communication and social interests and is also associated with restricted or repetitive interests and sensitivities to stimuli, such as loud noises and bright lights. Today, about 1 in 100 young children can expect to be diagnosed with autism, usually between the ages of two and five.

Early diagnosis and intervention gives children and their parents the best chance of accessing professional support services and any necessary adjustments to their education, with lifelong benefits. Conversely, children who are overlooked in early childhood often struggle through school and into adulthood. They know they are different but without personal strategies to cope and adjust – and often faced with relentless expectations to conform and fit in – the challenges of autism can be compounded by extreme anxiety and social isolation. In class, they might be considered disruptive, naughty or uninterested in school. And in the playground, they can be shunned or vulnerable to bullying.

There is an emerging picture of possible differences in the way autism presents in boys and girls. For example, a recent study which included playground observations, found girls with autism were more likely to interact with their peers than boys with autism. Importantly though, the girls’ interactions tended to be very brief, as they flitted between many groups. This means a casual observer may notice boys who are spending time alone, often fixated on a particular toy or activity. Girls with autism, on the other hand, can appear to be social butterflies, leading to an overly positive assessment of their social skills.

Girls might be overlooked, too, when parents describe their behaviour to professionals. A young boy’s fixation on trucks, timetables or Thomas the Tank Engine is likely to raise red flags for professionals familiar with autism. A girl’s fixations on Disney movie characters or horses, by contrast, might be overlooked as just the usual “girly” interests. Researchers have also observed that “masking”, that is, observing how others behave and mimicking them, is a strategy more frequently used by females than males with autism.

However, masking is no solution and women who have not been diagnosed until adulthood report the sheer exhaustion and misery of keeping up appearances.

One Aspect client, Eva, was not diagnosed with Asperger’s syndrome until the age of 30; and not until she joined the dots herself and asked for help. Eva says her first hint came from reading The Curious Incident of the Dog in the Night-time. She recognised herself in Christopher, the 15-year-old male protagonist with Asperger’s Syndrome.

At school Eva spent a great deal of time alone and although she tried to make friends, she didn’t understand social protocols. School counsellors also failed to pick up her condition. And, despite an extraordinary memory and a keen interest in many subjects, Eva later abandoned her university studies in science due to difficulties with the bright lights.

“People look at the typical Rainman scenario and look for boys,” she says. She believes women and girls can “mask” their discomfort, but even if they look fine, they are struggling on the inside.
Diagnosing autism is not straightforward; it cannot be confirmed via laboratory tests. It involves interviews with clients and family members and observations by specialist who use the latest diagnostic criteria; a kind of autism checklist. But, the criteria evolve as new evidence emerges and it is likely to change again as we learn more about autism in girls and women.

We don’t yet know how many girls and women are being overlooked, or exactly why. But, it is clear we need more focused research to answer these important questions
Today (April 2) is World Autism Awareness Day, and this year the United Nations has called for the empowerment of women and girls with autism. It’s critical those conducting assessments are familiar with the most recent research into how autism presents in women and girls. It is also critical that frontline observers – like parents, early childhood teachers, school teachers, GPs – are made aware of the subtle differences between boys and girls with autism so that they are less likely to overlook the all-important clues.

Vicki Gibbs is a Clinical Psychologist and the National Manager of Research and Assessments at Autism Spectrum Australia (Aspect), Australia’s largest service provider for people on the autism spectrum.