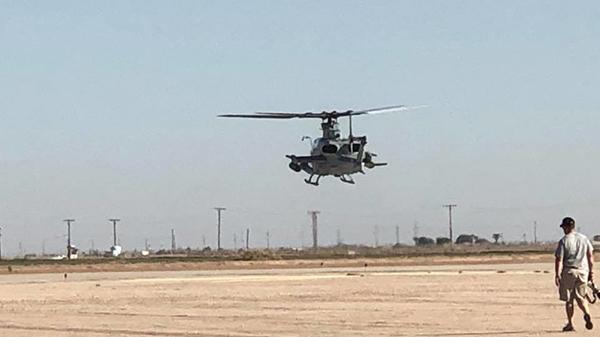 Four US servicemen are presumed dead after a Marine Corps helicopter crashed over California during a routine training mission.

A Marine Corps CH-53E Super Stallion helicopter went down at approximately 2:35 pm local time in the vicinity of El Centro, during a “routine training mission.”

At the time of the incident, four crew members were onboard the chopper, which belongs to 3rd Marine Aircraft Wing. Following an extensive search and rescue mission over the crash site, the Marine Corps confirmed that “the status of all four is presumed dead pending positive identification” of the bodies discovered.

The cause of the crash has not yet been determined. The investigation into the fatal accident remains ongoing, the statement added.

“Our thoughts and prayers go out to the brave service members and their families affected by this incident,” Kristopher Haugh, public affairs officer for NAF El Centro, was quoted as saying by local TV station KYMA. “We are thankful for the efforts of all who have responded to the scene and provided assistance,” he added.

Tuesday’s helicopter incident is not the first over US territory this year. In January, two US army pilots were killed after their AH-64 Apache chopper crashed during a training exercise over the Californian desert.