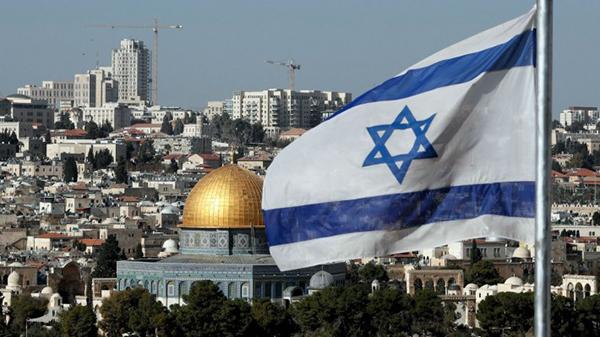 The heir to the Saudi throne has said Israelis have the right to a homeland in the region, breaking decades of official government policy and raising the possibility the kingdom could formally recognise Israel.

Speaking to The Atlantic magazine during a two-week tour of the US, Crown Prince Mohammed bin Salman, said he did have “religious concerns” about the holy mosque in Jerusalem. But the 32-year-old heir to the Saudi kingdom added: “I believe the Palestinians and the Israelis have the right to have their own land, we have to have a peace agreement to assure the stability for everyone and to have normal relations.”

The latest rapprochement follows a trend of the two countries growing closer under the crown prince, primarily over their shared antipathy towards Iran.

Last month Saudi Arabia opened its airspace for the first time to a commercial flight to Israel, “a hugely symbolic move that was greeted with much cheer in the Jewish state after a decades-long ban”, reports The Daily Telegraph.

For the time being, “it appears that both countries are being particularly careful about communicating mutual rapprochement through unofficial channels”, says DW, but the opening of a new chapter in diplomatic relations “could lead to an entirely new political power balance in the Middle East”.

Last year, Saudi Arabia publicly condemned Donald Trump’s decision to recognise Jerusalem as Israel’s capital. However, the Telegraph says the administration “has pinned its hopes on Saudi Arabia as a key interlocutor in the peace talks between the Israelis and the Palestinians”.

Al Jazeera reports that Donald Trump, under the efforts of his senior adviser and son-in-law, Jared Kushner, is busy devising a new plan to break the deadlock in the peace process, which he has described as “the ultimate deal”.

Bin Salman’s intervention comes after a week in which 16 Palestinians were killed in clashes with Israeli security forces, one of worst days of violence in years.