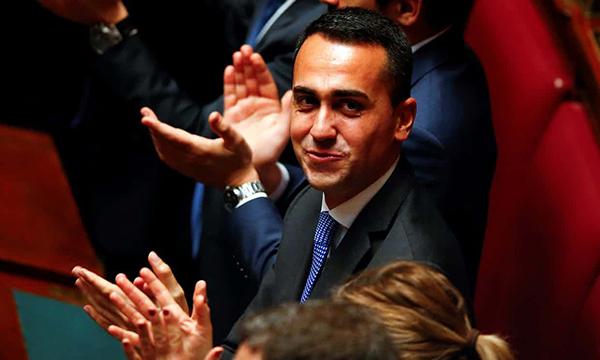 Until now, Five Star had said it was ready to talk to all parties after the 4 March national election ended in a hung parliament.

In an interview recorded by the La7 TV channel and not yet broadcast, Luigi Di Maio said Five Star was open to talks with the centre-left Democratic party (PD) – though not to its former secretary Matteo Renzi – and the far-right League, but not with Forza Italia, two Five Star sources said.

The move will heighten tensions between the League and Forza Italia, which are partners in a centre-right coalition that won the most seats in parliament. Forza Italia had no immediate comment.

“The coalition that won the most votes is the centre-right and this is our starting point,” the League leader, Matteo Salvini, said on Facebook. “We will dialogue with Five Star, but reject vetoes or commands.”

In the election, the Five Star followed the centre right but was the single largest party, and the PD was third, but no one has enough seats to govern alone.

The Five Star position will also put pressure on the PD to consider joining a coalition with Five Star. So far the PD has toed the hard line – set by Renzi before he resigned as party leader in the wake of the vote – to not consider a deal with Five Star.

Though the sources did not say what reason Di Maio gave for rejecting Forza Italia, the Five Star Movement has always been hostile to Berlusconi because the party has vowed to clean up Italian politics. Berlusconi has a conviction for tax fraud and is on trial in another case for allegedly bribing witnesses.

The president, Sergio Mattarella, on Wednesday begins formal consultations in which he will try to get rivals to seek common ground and form a government together. He will meet the main parties, including Five Star, on Thursday.

But more consultations could be held later and the process could take weeks. If no deal can be found, Mattarella may be forced to call a new election.