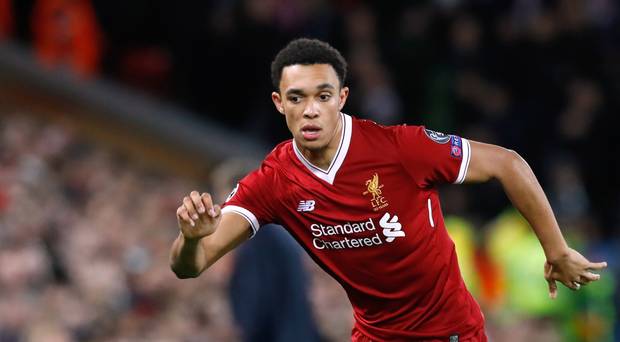 ALL but one Premier League team has been too terrified of Manchester City to give them a serious game this season – but Liverpool will peel away that fear factor in Wednesday’s Champions League quarter-final at Anfield.

City are a fine side led by a great manager who inherited some top players like David Silva, Kevin De Bruyne and Sergio Aguero before he spent £400m buying a few more.

Don’t get me wrong, Pep Guardiola has done a very good job at City, but their life has been made far too easy by the rest of the Premier League failing to find any way to halt their march.

Everton’s performance against City on Saturday was the latest example of a team appearing to be beaten before the first whistle, with the statistic that Guardiola’s side had 82 per-cent of the possession at Goodison Park an embarrassment for the home team.

I guess we should not have been surprised as Everton boss Sam Allardyce makes no excuses for doing all he can to ruin a game before he even begins to try and win it.

That has been his tactic against the top teams for many a long year and he will not change just because he is now at a big club in Everton, but you can’t imagine their supporters will put up with that nonsense for much longer.

City will face a very different challenge tomorrow at Anfield and maybe they need to play Liverpool again to remind the rest of the Premier League that the team on course to win the title this coming weekend are beatable after all.

Liverpool are one of the few teams that have shown genuine ambition against City this season, with Jurgen Klopp’s side a match for them at the Etihad Stadium before Sadio Mane was sent off back in September and then they famously won 4-3 at Anfield in January.

That final scoreline in that game flattered the visitors as Liverpool had chances to extend their lead when they moved 4-1 ahead in the second half, with John Stones exposed as a weak link in a City defence that has not been tested enough this season.

Stones has lost his place in the City team since then and that may be partly due to the nightmare afternoon he endured failing to halt Mo Salah, Roberto Firmino and Sadio Mane, with the experienced Vincent Kompany giving Guardiola’s defence more security in recent weeks.

I still expect Liverpool’s front three of Mo Salah, Sadio Mane and Roberto Firmino to give City real problems again in the first leg of a Champions League clash that I believe is evenly balanced.

A weak spot for Liverpool may be Trent Alexander-Arnold, who had a difficult afternoon against Wilfried Zaha at Crystal Palace last Saturday.

This kid is going to be a great player, but he is young and teams are targeting him and trying to expose his lack of experience, so I would expect City to direct their attacks towards Alexander-Arnold as Anfield as they look for a weak spot in a defence greatly enhanced by the presence of Virgil van Dijk.

Defending will not be the focus of attention in a game between two attacking sides and I still believe the Anfield crowd can play in the outcome of this quarter-final, even though Liverpool are playing the first leg at home.

I have seen some of the biggest players in world football tremble at a stadium that comes alive under the lights on European nights and if that happens to City’s star men, Liverpool could take a valuable advantage with them to the Etihad Stadium for the return match.

I strongly fancy Liverpool to score at the Etihad Stadium so long as the game remains 11 vs 11 over both legs, so the key for Jurgen Klopp’s men in this game will be ensuring they are in the mix heading to Manchester next week.

The prospect of a Champions League final is still some way in the distance for Liverpool and City and the football world can settle back and lap up the feast of football that now awaits as the most attractive teams in the Premier League go head-to-head.

City have had things far too easy this season, but all that will change as they arrive at Anfield on Wednesday.

What a game in prospect. I can’t wait.