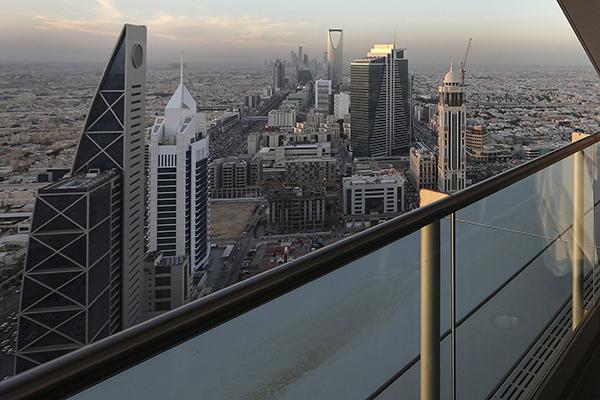 The Saudi and Israeli regimes are known to have had secret dealings for some time now, and there has been growing speculation about the two sides taking steps towards normalization of ties. Israeli officials have been more candid about the warming of ties with Saudi rulers. But recent remarks made by Saudi Crown Prince Mohammed bin Salman seem to have turned a new page in the history of ties between Riyadh and Tel Aviv. Signaling a dramatic shift in the official Saudi stance on the Palestinian cause, bin Salman said that Israelis have the “right” to “have their own land.” Press TV has discussed the issue with Jakob Musick, a host at the Voice of the Revolution Radio, as well as Maxine Dovere, a journalist and political commentator.

Jakob Musick believes that by forging an alliance with Israel, the Saudi crown prince is seeking to turn into “the main hegemon” in the Middle East.

“I do not think that Saudi Arabia in its latest push to become a regional power is necessarily expressing any sort of a like for Israel. I think that very much it is based upon the realpolitik and the certain policy that the crown prince is pursuing which is to gain more power for Saudi Arabia in the region,” he said, noting that Israel is another extremely strong influential player in the region and that would only benefit Saudi Arabia to be allied with them.

“So it needs to take steps and it needs to do that to create a coalition that is resolute against the actions of Iran, against a Syria that is stabilizing, that is falling more and more under the control of the Damascus government … and also Hezbollah,” he added.

He also opined that Saudi Arabia’s “ambitious de facto leader” is pursuing a “very aggressive” foreign policy in the region.

Saudi Arabia does not officially recognize Israel and has no formal relations with the regime, but they are widely believed to have secret liaisons.

Reports over the past few months suggest the two regimes are working behind the scenes to establish formal ties.

Meanwhile, Maxine Dovere, the other panelist on the program, noted that bin Salman’s views are a “public expression” of relationships that have been building for many years, asserting that they indicate “a change” in the Middle East which would benefit everyone in the region.

She said the reason why the Saudi crown prince has taken such a step is because “it is a time for change.”

“He is the designated leader of Saudi Arabia. Mahmoud Abbas is an ageing, not very powerful leader of the Palestinian people, who must be exhausted by his leadership in the solution to this crisis. There is a different attitude in the American administration which is perhaps an attitude of reality and business and the timing is one that reflects the conditions in the region … and it is a time when a new leader is taking new attitudes both towards his own people in instituting social reform and towards the region,” she stated.

Since his appointment as as the first in line to the Saudi throne in June 2017, bin Salman has engaged in a string of radical economic and social projects in a bid to portray himself as “reformist.” But those projects are widely seen to be more about consolidating his personal power and less about bringing change to Saudi Arabia.