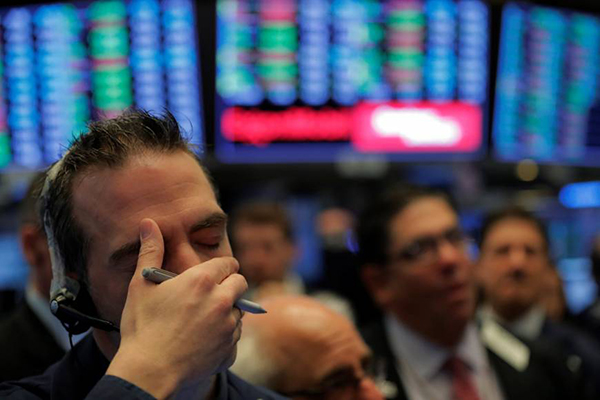 NEW YORK – Spotify soared Tuesday to a value of more than $26 billion in its long-awaited stock debut as the market delivered a ringing endorsement of the future of music streaming.

In one of the largest public offerings ever in the tech sector, Spotify on its first day topped the market capitalization of other high-profile recent market entrants, including Twitter, Snapchat parent Snap and Dropbox.

Spotify opened on the New York Stock Exchange at $165.90 a share, giving the Swedish company a value of $29.5 billion.

Trading as SPOT, Spotify took the unorthodox step of listing existing shares directly on the bourse rather than issuing new stock, allowing its founders and early investors to maintain control.

The unusual listing had added to the suspense over how Spotify would fare on the market as the company, while big on its cool factor, has yet to turn a profit.

“It is a success,” Tom Cahill of Ventura Wealth Management said of the listing.

He expected more companies to follow Spotify’s strategy in the future, taking their time to list on the market.

“They are getting all the funding they need in the private market and they don’t really need to go public as early,” he said.

Spotify has helped change the way much of the world listens to music by popularizing streaming — unlimited, on-demand songs online.

In the United States, the largest music market, revenue from recorded music grew a robust 16.5 percent in 2017, marking the first time since 1999 at the dawn of online music that the business has expanded for two years in a row.

The growth — in line with global trends — was almost entirely attributable to the rise in streaming subscriptions, according to the Recording Industry Association of America.

Thanks to the massive inroads of streaming, Spotify has managed to mollify critics, at least for now.

Pop superstar Taylor Swift, who once railed that Spotify was short-changing artists and boycotted the service, recently debuted a video as an exclusive to the platform.

Few prominent Western artists still refuse to stream on Spotify other than rap mogul Jay-Z, who runs his own fledgling rival Tidal, and his wife Beyonce.

But Spotify faces rising competition, most notably from Apple, which launched its own service in 2015 to seize a slice of the booming streaming market.

Retail behemoth Amazon has boasted of quick growth for its own new service, while tech titans Google and Facebook are both working hard to build up their music offerings.

With its heavy investment in building the platform, Spotify has yet to turn a profit.

It warned last week that its sales growth was likely to slow this year, although it still expected to post a narrower annual loss.

He noted that Spotify has been able to hold its own, maintaining 36 percent of the subscriber market despite the onslaught of Apple.

Spotify said in a regulatory filing that it had 159 million monthly users including 71 million paying subscribers — twice that of closest rival Apple Music.

Spotify’s 35-year-old chief executive and co-founder Daniel Ek, in a blog essay before the stock listing, said his company had ample “room to learn and grow.”

“I have no doubt that there will be ups and downs as we continue to innovate and establish new capabilities,” he wrote.

“Nothing ever happens in a straight line — the past 10 years have certainly taught me that.

“My job is to ensure that we keep our foot on the pedal during the ups, so that we don’t become complacent, and that we continue to stay the course with a firm grip on the wheel during the downs.”