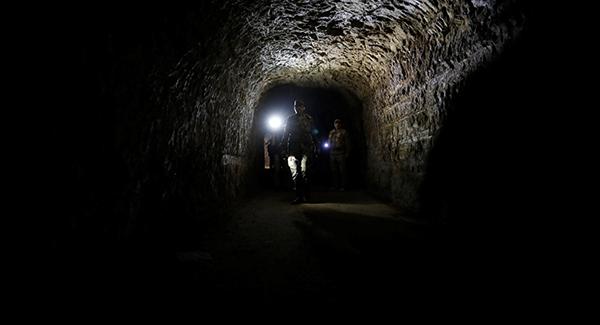 EASTERN GHOUTA (Syria) (Sputnik) – The representatives of the Syrian Armed Forces have found arms depots and facilities for manufacture of weapons in the recently liberated settlements located in the Eastern Ghouta area near Damascus, the chief of the Russian Center for Syrian reconciliation said on Wednesday.

“In the settlements of Eastern Ghouta that have been liberated from militants the government troops continue finding arms depots and production facilities. On April 2, the Syrian servicemen have found munition depots and facilities producing mines and explosives in the settlements of Zamalka and Saqba,” the center’s commander Maj. Gen. Yuri Yevtushenko told reporters.

The Russian officer added that the Syrians had found in Zamalka about 3,000 grenades, over 500 mines produced in Bulgaria and the United States, as well as the elements of explosives produced in Saudi Arabia.

According to Yevtushenko, the government troops continue demining activities, as well as humanitarian assistance to the local residents.

The situation in Eastern Ghouta has been tense over the past months because of the ongoing shelling by local militants on Damascus and fire from the Syrian pro-government forces. On Saturday, the command of the Syrian army said that it had liberated all the settlements in the area.