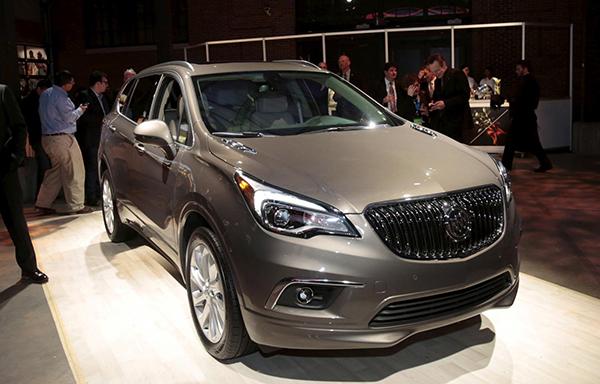 (Reuters) – U.S. automakers could be forced to rethink future production plans for several vehicles if the tit-for-tat tariff dispute brewing between the United States and China erupts into a full-blown trade war.

General Motors Co (GM.N), which imports the Buick Envision crossover from China, said on Wednesday it is “too early” to say how the Trump administration’s proposed tariffs on Chinese-built vehicles will impact its future production plans for that vehicle.

China on Wednesday countered U.S. plans to impose tariffs on $50 billion in Chinese goods, retaliating with a list of similar duties on key American imports including autos.

Because the actions will not be carried out immediately, there may be room for maneuver. Publication of Washington’s list starts a period of public comment and consultation expected to last around two months. The effective date of China’s moves depends on when the U.S. action takes effect.

The Envision shares its basic structure and mechanical underpinnings with the Chevrolet Equinox, which is built at GM plants in Canada and Mexico.

U.S. President Donald Trump’s new tariffs on Chinese-made cars brought into the United States will not cause much pain for GM, according to James Chao, Asia-Pacific head of consultancy IHS Markit. “Thirty thousand units is quite small in the overall scheme of things,” he said.

Because the Envision is built on the same platform as the Equinox and GMC Terrain crossovers, GM “could potentially shift production to North America, where those models are made.”

In Detroit, GM spokesman Patrick Morrissey said “it is too early to speculate on what will happen since the list (of tariffs) is just a proposal at this time.”

The proposed tariffs could also affect Ford Motor Co’s (F.N) plans to shift production of the compact Focus next year from Mexico to China.

Ford declined to comment specifically on plans for the Focus. It said in a statement on Wednesday: “We encourage both governments to work together to resolve issues between these two important economies.”

The United States is a net exporter of complete vehicles to China, with a surplus of about $8 billion. According to the U.S. Trade Representative’s office, the United States in 2016 shipped vehicles worth $11 billion to China.

Reporting by Paul Lienert in Detroit and Norihiko Shirouzu in Beijing; additional reporting by David Lawder in Washington and Allison Lampert in Montreal; Editing by Matthew Lewis

Could Assad’s regime make a ‘deal’ with the Trump administration?