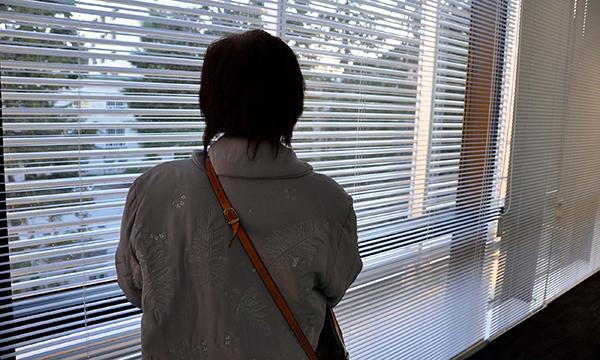 Junko Iizuka* was 16 when she was taken to a clinic in north-east Japan and forced to have a mystery operation that, she later discovered, would prevent her from ever having children.

“I was given anaesthetic and I didn’t remember anything after that,” she says.

“When I woke up, I was in a bed and I saw a sink. I wanted to have some water but I was told I wasn’t allowed to drink.”

Iizuka had been working for a family as a live-in housekeeper at the time. It was only later when she overheard her parents talking that she learned the shocking truth: she had become one of 16,500 people subjected to forced sterilisation under a Japanese law that was aimed at stopping the birth of “inferior” children.

Her uterine tubes were tied in 1963 because she was suspected of having a mental disability. Fifty-five years on, her voice wavers as she describes the impact: persistent stomach pains and a heavy psychological burden.

“I went to Tokyo to see if I could get the operation reversed but I was told it wouldn’t be possible,” she says. “They stole my life away.”

Another victim of forced sterilisation, Yumi Sato*, was 15 when the procedure was done in 1972. Sato’s sister-in-law Michiko* says this ended up harming her prospects of marriage.

“When she was about 22 or 23 there was talk of marriage, but then when she said that she couldn’t have children then the person who had proposed to her said that they didn’t want to marry her,” Michiko tells the Guardian.

“At that time, normal thinking was that you’d marry to have children so it was hard to get married if you couldn’t have children.”

Sato recently launched a lawsuit seeking compensation from the Japanese government over the procedure, arguing the Eugenic Protection Law breached the country’s postwar constitution because it infringed on people’s right to the pursuit of happiness. It is the first such case in Japan and other victims hope it will help pave the way for a broader public apology by the government.

Official records indicate Sato was sterilised because of a diagnosis of “hereditary feeble-mindedness”. However, her family disputes the claim of a hereditary condition, arguing that she had suffered brain damage because she was given too much anaesthetic when as a young child she received surgery for a cleft palate.

Michiko, who has lived with her sister-in-law for more than 40 years, says Sato is a much-loved member of her family. When Michiko’s children were young, Sato helped to look after them and change nappies. Michiko speculates it might have been difficult for Sato to have raised children of her own, “but the fact that that right was taken away from her is really a crime”.

At the first hearing at the Sendai district court on 28 March, the government’s representatives called for the lawsuit to be dismissed. The government is expected to argue the procedure was legal at the time, increasing attention on a law that remained in force for nearly five decades and was only taken off the books in 1996.

As Japan dealt with the shock of surrender in the second world war, some politicians spoke about an urgent need to “improve the quality of our nation”.

“The object of this law,” according to its first line, “is to prevent birth of inferior descendants from the standpoint of eugenic protection and to protect the life and health of the mother as well.”

Michiko says the fact the law was ever in force is “shameful” and “an embarrassment for Japan”.

Between 1948 and 1996, about 25,000 people were sterilised under the law, including 16,500 who did not consent to the procedure. The youngest known patients were just nine or 10 years old. About 70% of the cases involved women or girls.

Yasutaka Ichinokawa, a sociology professor at the University of Tokyo, says psychiatrists identified patients whom they thought needed sterilisation. Carers at nursing homes for people with intellectual disabilities also had sterilisation initiatives. Outside such institutions, the key people were local welfare officers known as Minsei-iin.

“All of them worked with goodwill, and they thought sterilisations were for the interests of the people for whom they cared, but today we must see this as a violation of the reproductive rights of people with disabilities,” Ichinokawa says.

After peaking at 1,362 cases in a single year in the mid-1950s, the figures began to decline in tandem with a shift in public attitudes.

In 1972, the government triggered protests by proposing an amendment to the Eugenic Protection Law to allow pregnant women with disabled foetuses to have induced abortions.

“In response to this, disability rights advocates, mainly people with cerebral palsy, protested and lobbied to prevent the bill from passing the Diet,” says Yoko Matsubara, a bioethics professor at Ritsumeikan University.

“They claimed that the Eugenic Protection Law was similar to the Nazi sterilisation. This heavily tarnished the public image of ‘eugenics’.”

Then, in 1984, a scandal over the fatal beating of two patients at a private mental hospital in Tochigi prefecture, north of Tokyo, triggered international scrutiny of Japanese care practices. The number of cases declined to fewer than five a year in the late 1980s.

Although the forced sterilisation provisions were finally abolished in 1996, some believe the discriminatory attitudes behind the law still linger in parts of Japanese society.

“This incident was a tremendous shock to Japanese people, especially people with disabilities and their families,” Matsubara says. “It was a wake-up call for us to recognise that stigmatisation of disability is still with us.”

Japan has faced several requests from United Nations bodies to deal with this dark chapter in its history. The most recent warning came from the UN committee on the elimination of discrimination against women, which called on the government in March 2016 to help victims access legal remedies, compensation and rehabilitative services.

Dalia Leinarte, chair of the committee, says forced sterilisation is a violation of women’s human rights “and in some cases may amount to torture”.

While the government has previously argued the procedures were carried out in line with the parliament-backed law of the land, there have recently been tentative signs of possible movement.

Last month, Kyodo News reported the government was planning to work with regional authorities on a fact-minding mission that could pave the way for potential compensation in the future. Parliamentarians have also formed a non-partisan group to look at redress.

There would be precedent for a public apology. Junichiro Koizumi, the then prime minister, apologised in 2001 for decades of mistreatment of leprosy patients, who were banished to remote islands and in many cases were also sterilised.

Matsubara says the central government should take the problem seriously and “bears a heavy responsibility for having caused human rights violations of people with disabilities”.

The pressure for action will continue to grow as more victims find their voice.

In a lecture hall at the Tohoku Gakuin University in Sendai, victims speak to about 50 people about their experiences.

Iizuka is there. It took her many years to muster the courage to talk openly about her forced sterilisation, but eventually she came to the realisation it was important to speak up.

“I want everybody to know the truth about what happened,” she tells the group. “What I really want is for the government to apologise and give compensation to all those who have suffered.”