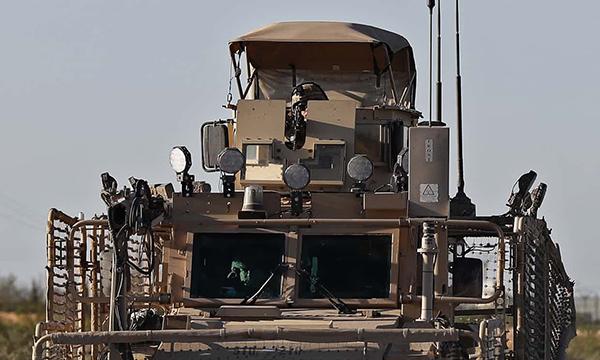 The possible withdrawal of US troops from Syria has raised alarm among officials involved in the war against Islamic State who say at least 2,200 fighters remain entrenched in the east, with the alliance built to oust the extremists showing signs of cracking.

Donald Trump’s surprise announcement late last week that US troops would be “coming out of Syria … very soon” has placed further stress on an already troubled partnership between Washington and a Kurdish-led force it had assembled to push Isis from north-east Syria.

Even before the Trump announcement, which caught policymakers in Washington off-guard, senior officials said US troops did not have the manpower to finish the war by themselves.

“We are faced with a situation now of 2,200 [Isis] fighters, who will be tough to move, entrenching themselves along the border with Iraq,” one senior official said. “We do not have the numbers, or the force protection to take care of that by ourselves. We need to reinvest in this partnership with the SDF [Syrian Democratic Forces], and we need to be mindful of Turkey’s concerns.”

The four-year battle has destroyed much of the so-called “caliphate”, confining the remnants of Isis to a tract of land along the Euphrates valley near the border with Iraq and decimating the cities of Raqqa and Deir ez-Zor.

Kurdish leaders, already troubled by a Turkish assault that last month drove the Kurds from an enclave in the north-west of the country – which the US did not oppose – are also now privately questioning the viability of the alliance fighting Isis.

“They want us to finish what’s important to them, but they won’t concern themselves with what’s important to us,” said a senior Kurdish figure who has liaised regularly with US officials. “Let them fight Isis. Let us fight for ourselves. Do they really know what they’re doing?”

Now, with already wary Kurds having more reason to doubt Washington’s commitment to the war and to Kurdish interests, both sides fear that a well-dug-in extremist rump could end up remaining, in stark contrast to the stated commitment to destroy the group and its leadership.

The US president’s remarks last Thursday stunned the Department of State, Pentagon and National Security Council officials who had instead been working on plans to send additional troops to Syria.

“Let the other people take care of it now,” Trump said, contradicting the advice of both his ousted secretary of state, Rex Tillerson, and national security adviser, HR McMaster. “We are going back to our country, where we want to be, where we belong.”

The Isis campaign had been largely suspended since mid-February, when Kurdish forces allied under the banner of the SDF – a US-raised proxy force which includes local Arab fighters – left the north-east to defend Afrin against the Turkish assault. The four-week campaign led to Kurdish forces retreating to the area in which US forces are present, between just west of the Euphrates to the Iraqi border.

There has been little enthusiasm among Kurdish leaders since then to rejoin the fray against Isis. The US had confined its role in Syria to defeating the extremists who had laid siege to the area since mid-2014. While the region’s Kurds also saw benefit in destroying the group, they had also aimed to advance the goal of having a broader stake in postwar Syria.

What that involved had stretched ties between Nato allies Turkey and the US to breaking point. Sources have told the Guardian that there was a phone call between Trump and Recep Tayyip Erdoğan aimed at convincing the Turkish president that the US alliance would not embolden Kurdish ambitions, or have implications for security inside Turkey, where a four-decade Kurdish insurgency continues.

The fate of the town of Manbij, the westernmost US position in Syria, also featured in the call, officials said. Erdoğan had threatened to send Turkish forces to retake the town, setting the scene for a direct clash between the two allies – the first in the seven-year Syrian war. However, one option being urgently considered is that Washington would ask the Kurds to withdraw east across the Euphrates, allowing Ankara to claim it had ousted them.

Turkey is also intensively lobbying Iraqi officials in Baghdad and Erbil for access to Mount Sinjar, where several hundred PKK fighters remain. Central to the demand is the nearby Fishkabour crossing from Iraqi Kurdistan to north-east Syria – an essential supply line to the SDF and the standalone Kurdish military wing, the YPG. Ankara has told Iraqi officials that it wants to cut off the route, squeezing supplies to Kurds who it says are directed by the PKK, which has been in armed conflict with the Turkish state since 1984.

The US National Security Council is scheduled to meet to discuss Syria late on Tuesday and put recommendations to Trump soon afterwards. His replacements for Tillerson and McMaster, Mike Pompeo as secretary of state and John Bolton as national security adviser, both advocate finishing off Isis but are even more hawkish on deterring Iran.

Senior officials say they will use the argument that a US pullout from Syria would leave the region open to further Iranian advances. It would also make a realignment between Syria’s Kurds and the Assad regime a more attractive proposition – something that would probably win the approval of both Turkey and Russia. “It’s an option,” said the Kurdish official. “Let the Americans convince us they have something better.”