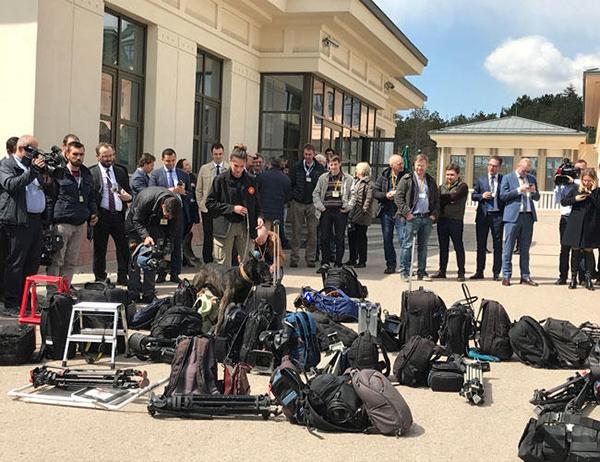 Turkey will assign 4,000 policemen for the security of Russian President Vladimir Putin and Iranian President Hasan Rouhani, who will be in Ankara for a key Syria summit with Turkish President Recep Tayyip Erdoğan on April 4.

State-run Anadolu Agency reported on April 3 that the police will take “extraordinary security measures,” with
routes linking the Esenboğa Airport to the presidential compound and to the hotels where Putin and Rouhani will stay to be under police control at all times. The main routes around the presidency will also reportedly be closed to the traffic on April 4.

Extensive security measures will be imposed at the hotels where both leaders will stay, with police deployed in and around the hotels and undercover policemen also on duty in the streets around these hotels. Civilians living in these areas will be allowed to pass after police checks.

Putin arrived in Ankara on April 3 for bilateral talks with Erdoğan. The three-way summit will take place on April 4 after the arrival of Iranian President Rouhani.

The Turkish, Iranian and Russian presidents will discuss the ongoing Astana and Sochi processes at the summit and will then communicate joint decisions in a media conference.