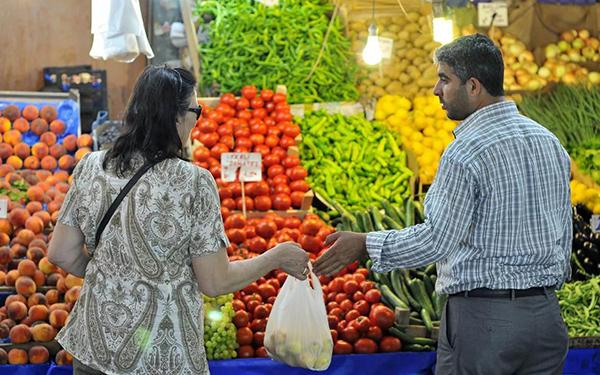 The March figure was down from 10.26 percent in February, according to the data.

The annual data, however, failed to decrease below single-digits, while standing broadly in line with estimates.

A rise in general index was realized in the consumer price index in March on the previous month by 0.99 percent.

The highest annual increase was seen in furnishing and household equipment, up 15.41 percent, and in transportation, up 13.41 percent.

The data revealed that food and non-alcoholic beverages, and health posted the highest monthly rise at 2.03 percent and 1.90 percent respectively.

The highest monthly increase was 2.03 percent in food and non-alcoholic beverages.

“Although inflation improved from 13 percent at the beginning of the year to 10.2 percent at the end of the first quarter, the magnitude of the disinflation proved shallower than expected,” economist Bora Tamer Yılmaz told state-run Anadolu Agency on April 3.

He added that depreciation of the currency made it harder to stabilize the inflation rate to single digits.

“After the initial disinflationary wave, all inflation metrics still read in double digit territory and expectations hover at elevated levels. The Central Bank will continue sticking to its tight monetary stance decisively unless a marked improvement appears in expectations,” Yıldız said.

However, he also noted that contingent on another disinflationary wave in the last quarter of the year, Turkey’s inflation rate may close the year in single digits and inflation will present a flat trend going forward in the second and third quarters of 2018.

In a separate statement, TÜİK said the domestic producer price index (D-PPI) increased 1.54 percent in March on monthly basis and 14.28 percent on the basis of the same month of the previous year.