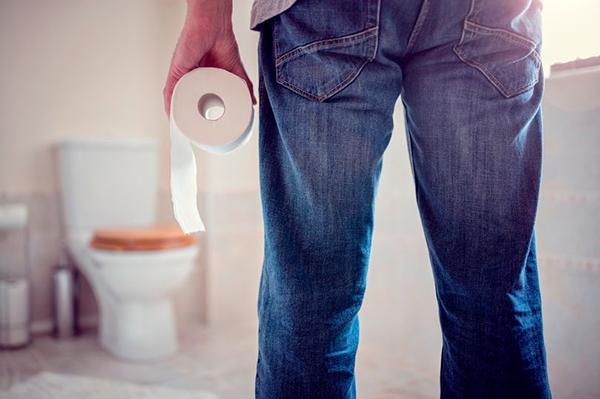 It’s a shopping list staple, the root of many an argument is house shares and now, the humble loo roll also find itself the subject of doctors’ warnings.

Toilet paper may be the sort of stalwart household item you’ve literally never given a second thought to, but maybe you should…

Not only could our Andrex habit could be doing us more harm than good, but it’s actually a really ineffectual way of cleaning ourselves.

Rose George, author of The Big Necessity: The Unmentionable World of Human Waste and Why It Matters, told Tonic :

“I find it rather baffling that millions of people are walking around with dirty anuses while thinking they are clean.

While we all feel suitable icky, it’s important to note that in countries such as South Kore, Japan, Egypt, Greece and Italy, bidets are commonplance.

Not only are they believed to be more environmentally friendly than loo roll, but water also does a much more thorough job of cleaning our derrieres.

Another solution is using baby wipes instead of paper.

These already have a few celebrity fans.

Speaking to Elle Magazine, rapper and singer Will.i.am once said: “Here’s proof on why people should have baby wipes.

“Get some chocolate, wipe it on a wooden floor, and then try to get it up with some dry towels. You’re going to get chocolate in the cracks.”

Will Smith is said to be another baby wipe devotee.

Cleanliness isn’t the only issue with toilet roll.

Urinary tract infections are another danger of wiping with roll.

Whereas using a bidet or wipes would be much gentler on our bottoms, and would wash away pretty much all of the harmful bacteria lurking.