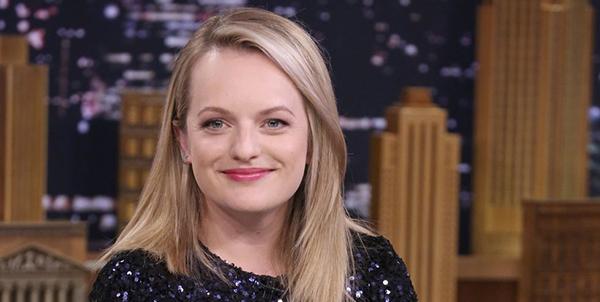 She was raised as a member of the controversial organization.

When it comes to celebrity Scientologists, the general vibe is “SHHHHH, I’m not talking about it.” Scientologists are notoriously private about their beliefs, and the Church—or, some might claim, cult—has been criticized by journalists, authors, and former members like Leah Remini.

When it comes to actress Elisabeth Moss (The Handmaid’s Tale, Mad Men), information is predictably sparse—but a little digging on the internet can get a person pretty far, and what’s out there is fascinating.

First Up, Her Background as a Scientologist

Moss was raised as a Scientologist in Los Angeles; unlike other celebrities who joined the Church as adults, she grew up in the organization and its belief system helped form who she is today.

How Scientology Has Factored into Her Relationships

Moss married comedian Fred Armisen in October 2009 and separated from him in June 2010 (their divorce was finalized in 2011). The actress cited “irreconcilable differences” as the reason for their split, but Us Weekly reports that it was Moss’s focus on Scientology that caused tension in their relationship. “Her religion was as important to her as their marriage, if not more,” Us Weekly reported. “He could not get with it.” Obviously, Moss didn’t comment on this (though she did call the marriage “extremely traumatic”), probably because the reason for her split is no one’s business.

On All That Leah Remini Drama…

In a 2017 interview with The Hollywood Reporter, former Scientologist Leah Remini said Moss had been told not to talk to her. “Elisabeth Moss believes that she can’t talk to me,” Leah said. “…[S]he believes that I’m an antisocial personality—because I’ve spoken out against Scientology. So she isn’t allowed to talk to me. And me knowing that, I wouldn’t put her in the awkward position…I don’t hold anything against Elisabeth Moss other than she’s continuing to support a group that is abusive and destroying families….That’s for her to learn—just as I needed to learn it.”

These comments came shortly before both actresses were scheduled to appear at the Emmys, where Moss was nominated for The Handmaid’s Tale and Leah was nominated for her A&E special Leah Remini: Scientology and the Aftermath.

Meanwhile, at the TCA awards, attendees claimed that Moss left the room when Remini won for her series.

Backlash to Her Emmy Speech

You might remember that Moss’s 2017 Emmy speech was full of profanity, namely a couple F bombs.

No bigs, right? Well, per Moss’s former friend (and former Scientologist) Tiziano Lugli, Scientologists swear intentionally due to what they call the “tone scale.”

“Scientologists are urged to communicate with ‘average people,’ and to do so effectively you have to ‘go down the tone scale.’ So they all use ‘fuck, fuck, fuck’ every time they talk. It’s fascinating,” Lugli told The Hollywood Reporter. “The quote-unquote philosophy behind it is you match the tone level in order to communicate on the same level of the people with whom you’re communicating. If you’re too ‘high-tone,’ people will not understand you.”

In other words, according to Lugli, Moss was intentionally talking down to the audience of “average people” watching her speech.

Backlash to Her Golden Globes Speech

Moss wore black to the 2018 Golden Globes in solidarity with the Time’s Up movement and delivered a markedly feminist speech when she won Best Actress for The Handmaid’s Tale. This struck some viewers as hypocritical, given that the Church has been accused on multiple occasions of harassment and abuse.

Elisabeth Moss winning for Handmaid’s Tale, and then giving a speech about injustice and inequality, all while being a proud Scientologist is GOLDEN #GoldenGlobes pic.twitter.com/w0aSAuLNzc

Elizabeth Moss is a Scientologist, a religion that actively silences women (see: Danny Masterson) while covering up their own faults, and they aggressively go after those who dare speak up against them. But, she’s wearing black in support of #TimesUp . So… ??? #GoldenGlobes

Moss received some backlash even before the Golden Globes, and she responded to at least one critic who asked her via Instagram if being on The Handmaid’s Tale made her re-think her involvement in the church. “Does it make you think twice about Scientology?” the commenter asked. “Both Gilead and Scientology both believe that all outside sources (aka news) are wrong or evil… it’s just very interesting.”

Last Handmaids Tale season 1 event until the Emmys! Thank you for coming out everyone last night, your love and support of the show means more to us than I’ll ever be able to express in words. Truly. And now we get to go work on bringing you season 2!!! Which by the way is going to blow your minds…?#handmaidstale ? @ladygraypix

That’s actually not true at all about Scientology. Religious freedom and tolerance and understanding the truth and equal rights for every race, religion and creed are extremely important to me. The most important things to me probably. And so Gilead and THT hit me on a very personal level. Thanks for the interesting question!

Her Other Comments About Scientology

On Scientology giving her stability:

“There is so much focus on the, I guess, empowerment and, sort of, respecting yourself, and yourself as an individual,” she said on ABC’s Popcorn in 2013. “It’s a better you, not necessarily changing who you are.”

On Scientology influencing her feelings on LGBTQ rights:

“One of the most important things I take from my church is the idea of personal freedom and our rights as human beings, and that includes the right to date a man or a woman,” she told The Advocate. “Personal freedom is a very important concept in my religion, and I translate that to sexual orientation. If we’re all supposed to have the right to the life that we want to lead, then that should apply to the gay community. There isn’t really any dogma or scripture, yes or no, right or wrong on that particular subject in my church. It’s more open to personal interpretation, and that’s my interpretation.”

On staying private about her faith:

In a 2017 interview with Today‘s Willie Geist, Moss was asked if she ever felt the need to defend her belief in Scientology to fans.

“I’m always happy to have a personal conversation with somebody off the record, but in this kind of scenario, no,” she said. “I mean, I honestly don’t pay attention to anything except for what people think of my work.”

While Moss is clearly not willing to talk too openly about Scientology, Remini most definitely is. More on that below.