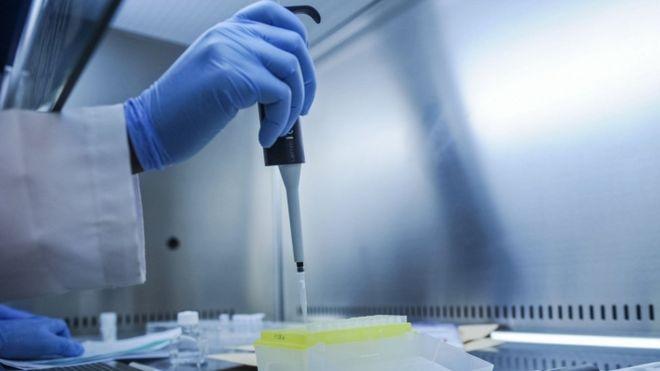 A US woman is suing her parents’ former fertility doctor after claiming her DNA test results showed he secretly used his own sperm to help conceive her.

Kelli Rowlette sent a DNA sample to genealogy website Ancestry.com, and was surprised to receive results that did not match her to her father.

The 36-year-old thought the test was flawed before discovering the match was the doctor who delivered her.

Her parents consulted the Idaho fertility doctor before her birth.

According to the lawsuit, Ms Rowlette was never told that her now-divorced parents ever had trouble conceiving her until she confronted them with the results of her DNA exam.

In the early 1980’s Ms Rowlette’s parents – Sally Ashby and Howard Fowler – had been married and living in Idaho Falls near the Wyoming border.

Due to her father’s low sperm count and her mother’s uterine condition, Ms Rowlette’s parents elected to undergo a medical procedure in which her mother would be artificially inseminated with both sperm from her husband and a donor.

The couple had specified to Dr Mortimer that the donor be a current university student who was taller than 6ft (1.8m) with brown hair and blue eyes.

But for about three months, the reproductive specialist allegedly inseminated her mother with his own semen, according to court documents.

The parents say had they known the doctor was going to use his own semen, they would not have consented to the procedure.

When the parents informed the doctor – who delivered the child and cared for her after she was born – that they were moving to Washington state, he “cried”, according to the lawsuit.

“Dr Mortimer knew Kelli Rowlette was his biological daughter but did not disclose this to Ms Ashby or Mr Fowler,” the complaint said.

“Dr Mortimer fraudulently and knowingly concealed his use of his own genetic material in the procedure.”

Last year, Ms Rowlette says she contacted her mother to say she believed the results of her Ancestry.com test were inaccurate.

Her mother was “devastated” when Ms Rowlette told her the name listed as her parent.

Ms Ashby then contacted her ex-husband about the news and the two decided not to reveal their suspicions.

Ms Ashby and Mr Fowler “struggled to cope with their own anguish and had difficulty contemplating the torment the discovery would cause their daughter when she found out”, according to the lawsuit.

But when Ms Rowlette later discovered a copy of her birth certificate, which bore Dr Mortimer’s name and signature, she contacted her parents in “panic” to discuss his connection.

Ms Rowlette’s attorney told local media in a statement the family decided to publicise their story “for the purpose of holding the responsible parties accountable for a grievous and damaging violation of trust. While the family understands the public’s interest in their story, they ask that their privacy be respected as they focus on the difficult process of healing from this trauma”.

A spokeswoman for Ancestry.com told the Washington Post that DNA testing “helps people make new and powerful discoveries about their family history and identity.

“We are committed to delivering the most accurate results, however with this, people may learn of unexpected connections.”

An Indiana fertility doctor pleaded guilty last year to a similar case, in which he was accused of artificially inseminating several of his patients with his own sperm.

Paternity tests showed he was likely the biological father of at least two of his patients’ children, court records show.