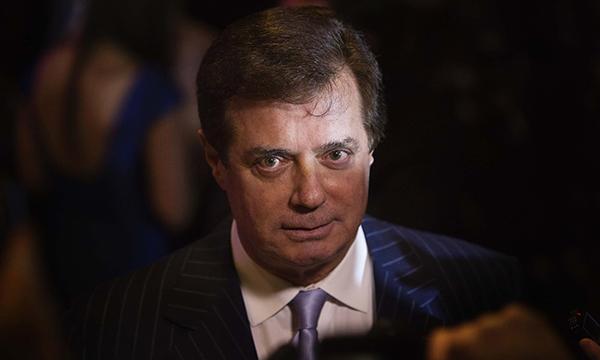 The project was designed to boost the reputation of Ukraine’s then leader, Viktor Yanukovych. It was part of a multimillion-dollar lobbying effort carried out by Manafort on behalf of Yanukovych’s embattled government, emails and documents reveal.

Manafort’s Ukraine strategy anticipated later efforts by the Kremlin and its troll factory to use Twitter and Facebook to discredit Clinton and to help Trump win the 2016 US election. The material seen by the Guardian dates from 2011 to 2013.

Robert Mueller, the special counsel investigating claims of collusion between the Trump campaign and Russia, has indicted Manafort on multiple counts. Manafort is accused of “laundering profits” from his lobbying work in Ukraine, carried out over a period of a decade for Yanukovych and his political party.

Mueller also accuses Manafort of hiring retired European politicians to lobby on behalf of Yanukovych, and paying them more than €2m (£1.74m, $2.45m) via offshore accounts.

The documents reveal another surreptitious operation to influence international opinion. In 2010 Yanukovych defeated his rival Yulia Tymoshenko in presidential elections. The following summer Ukrainian prosecutors arrested Tymoshenko and put her on trial. This provoked severe criticism from the Obama administration and the EU, which accused Yanukovych of locking up Tymoshenko for political reasons.

In 2011 Manafort approved a clandestine strategy to discredit Tymoshenko abroad. Alan Friedman, a former Wall Street Journal and Financial Times reporter, based in Italy, masterminded this project. Friedman has previously been accused of concealing his work as a paid lobbyist.

Also involved were Rick Gates, Manafort’s then deputy, and Konstantin Kilimnik, another senior Manafort associate who the FBI believes has links to Russian military intelligence.

In July 2011 Friedman sent Manafort a confidential six-page document titled Ukraine – A Digital Roadmap. It laid out a plan to “deconstruct” Tymoshenko via videos, articles and social media. Yanukovych deferred to Manafort, who gave the project the go-ahead, sources in Ukraine’s former government say.

He continued: “We know that video exists of Tymoshenko uttering some of her outrageous claims in court … The video can be floated into the social space to reinforce the impression that she is at best reckless and unstatesmanlike and at worst malicious, defamatory and antisemitic.”

Twitters users, including “those ‘known’ to us”, could retweet hostile content. The “roadmap” included a website, blogposts and “blast emails”, sent out to a “targeted audience in Europe and the US”. One section was called “Black Ops”. It said: “This could include Wikipedia page modification to highlight [Tymoshenko] corruption and trial and modify the tone of the language being used.”

Friedman worked with Eckart Sager, a one-time CNN producer. Emails show they liaised closely with “Paul”, who in turn briefed Yanukovych’s chief of staff, Serhiy Lyovochkin. Lyovochkin declined to comment. He appears in correspondence as “SL”.

“He was under the radar,” one source said of Friedman. “Alan kept a low profile. Without Paul’s authorisation Alan would never have got a contract with the [Yanukovych] government.”

Friedman’s company FBC Media was retained on a “rolling contract”. It was paid around €150,000 every three months, sources in Kiev suggest. The money was deposited in an offshore account in Seychelles, they allege. Often the payments were late, prompting Friedman to complain, they add.

Contacted by the Guardian, Friedman said these earnings were “declared”. He confirmed his company worked for Ukraine from late summer 2011 on what he called “a public relations and country profiling project”. He said: “It was not a secret or covert plan. We had PR people proposing interviews and features to newspapers very openly.”

He said its goal was to promote the Ukraine government’s then policy of moving closer to a partnership agreement with the EU. “Our aim was to keep a steady communication going in favour of dialogue between Brussels and Kiev. That was our message.

“We never supported a pro-Moscow stance and had already ended our relationship when the Ukrainian president abandoned closer ties with Europe.”

Asked whether he had registered with the US Department of Justice, Friedman said he had never worked as a lobbyist for Ukraine. He added: “I never registered as a foreign agent because I never was one.

“I was a communications guy, doing PR media strategy work in Europe for a client, like dozens of London PR companies that work for a variety of governments.”

The documents show Friedman reported directly to Kiev. In spring 2012 he told the foreign minister, Kostyantyn Gryshchenko, he had “generated dozens of positive op-eds/interviews/articles for print and TV” and “disseminated positive news stories” to nearly 2,000 publications.

Key to this strategy was a fake thinktank, the Center for the Studyof Former Soviet Socialist Republics (CXSSR), set up with Manafort’s backing. Friedman used it to publish dozens of positive stories about Yanukovych, many of them authored by a “Matthew Lina”.

He claimed credit for a Tymoshenko profile written by the Journal’s Matthew Kaminski. Kaminski said Friedman was never a source, “or even someone that as far as I can remember I had any contact whatsoever with”.

In April 2012 Friedman sent another “highly confidential” two-page document to Manafort. It set out plans to launch a “special website” entitled The Tymoshenko Files. The site would purport to belong to Inna Bohoslovska, a Ukrainian deputy and Tymoshenko critic.

In fact, Friedman would “discreetly prepare, implement and maintain” the site, the document said. It would include “ghost-penned” blogs and “a quasi-novella serialisation”. Asked about the website, Friedman said he had never written “any content”.

Emails seen by the Guardian show a regular pattern of interaction between Manafort, Friedman, Gates, Kilimnik and Ukrainian officials. Gates, who went on to work with Manafort on the 2016 Trump campaign, wrote several messages. In February Gates admitted conspiracy and lying to the FBI, and agreed to cooperate with Mueller.

At the time Kilimnik was the Russian manager of Manafort’s Kiev office. Kilminik is understood to be “Person A” in Mueller’s latest indictment, filed last week. It says the FBI believes Kilimnik has ties to Moscow’s GRU spy agency, and adds that Gates was aware of this. Kilimnik denies a connection. Friedman confirmed he had met Manafort and Gates but said he had done so “because the client asked me to”.

Manafort’s media operation included attacks on Clinton. In October 2012 Gates emailed Manafort and Friedman, flagging a piece written by the journalist Ben Shapiro. The Breitbart article criticised Clinton for her public support of Tymoshenko, who had recently made an electoral pact with the far-right Svoboda party.

The article cited a Jewish “leader” who accused Clinton anonymously of creating a “neo-Nazi Frankenstein”. Gates wrote: “Gentlemen – Here is the first part of a series of articles that will be coming as we continue to build this effort. Alan, you get full credit for the Frankenstein comment.”

The alleged use of offshore accounts is likely to interest the FBI. Manafort is accused of concealing more than $75m earned from his work in Ukraine.

Yanukovych’s attempts to woo western leaders ended in October 2013 when he accepted a bailout from Moscow. He fled to Russia after anti-government protests. In 2015 Friedman wrote an authorised biography of Silvio Berlusconi. Manafort continued to work for Yanukovych’s party up until he joined Trump’s campaign. Manafort denies wrongdoing and has said he will fight Mueller’s charges.