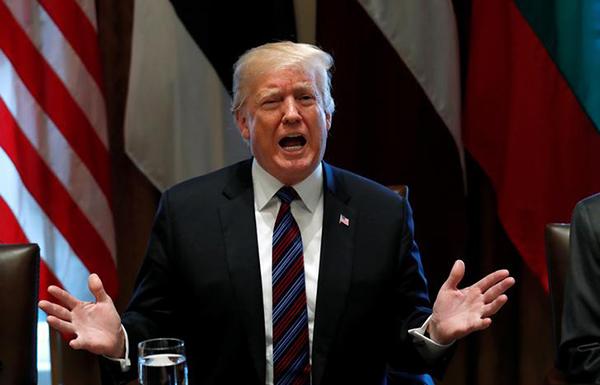 By Leika Kihara and Tetsushi Kajimoto

Japanese government officials are bracing for Donald Trump to get tough in trade talks, and are particularly anxious that the U.S. president could target Prime Minister Shinzo Abe’s weak-yen policies.

The deal Trump clinched with South Korea last month, which was reached in unusually quick negotiations and included a side deal to deter competitive currency devaluation, was the kind of agreement Tokyo fears most.

The officials told Reuters that they worry that similar tactics could be used against Tokyo when Trump meets Abe for a summit at Mar-a-Lago, the president’s Florida resort, later this month. If Trump forces Bank of Japan and currency policy into discussions, Japanese policymakers don’t have an obvious way to appease him, especially given the unpredictable nature of his attacks.

The biggest risk is if Trump links trade with currency policy and accuses Japan of keeping the yen artificially weak through ultra-easy monetary policy, especially as he seeks to appeal to voters ahead of November’s mid-term U.S. congressional elections. Back in January 2017, Trump alleged that Japan used its “money supply” to weaken the yen and give exporters an unfair advantage.

Any such concerted pressure could bind Tokyo’s hands in dealing with a climb in the yen, which would hurt the nation’s export-reliant economy that has been growing but may not be resilient to such a sideswipe.

“As mid-term elections draw near, it’s possible Washington could put Japan’s currency policy to notice,” said a Japanese government official with knowledge of the negotiations.

Another official said: “It’s hard to predict what Trump would say, so the BOJ’s policy could come under fire. It’s not an immediate risk but something in everyone’s mind.”

To be sure, the side agreement on the won that South Korea agreed to is not binding and focuses on what Japan already does– disclose details on currency intervention such as how much was spent and when. Still, Japan is wary of sending out any signal to markets that Trump is attacking Japan’s currency policy and that this could in any way prevent Tokyo from acting to restrain excessive yen gains.

When Abe and Trump met in February 2017, they kicked off a bilateral economic dialogue led by their deputies to discuss a series of issues, including trade, infrastructure and technical aid.

By broadening the agenda, Japan has managed so far to avert direct U.S. demands for negotiations over a bilateral trade pact, known as a free trade agreement (FTA).

Japan has long upheld a multilateral framework as its export-reliant economy has benefited greatly from global free trade. This approach helps Japan diffuse direct pressure from countries like the United States to open up its politically sensitive markets, such as agriculture.

Japanese officials say they will resist two-way trade deals with the United States at the summit, even if that reduces the chance of gaining exemptions for Washington’s recently introduced steel and aluminum tariffs. Trump temporarily excluded six trade partners, including Canada, Mexico and the European Union from these import duties. South Korea avoided tariffs but at a cost of agreeing to export quotas.

There are now major questions about whether the Japanese multilateral approach will be good enough for Trump.

The U.S. Trade Representative last week criticised what it said were non-tariff barriers to the Japanese car market and called for greater access to Japan for American beef and rice.

“The United States is only interested in a bilateral deal and probably won’t listen to Japanese calls for a multilateral approach on trade,” said Naoyuki Shinohara, Japan’s former top currency diplomat who retains close contact with incumbent policymakers.

“Japan will eventually have to enter FTA talks” and face U.S. pressure to open up its auto and farm markets, he said.

Some officials say Japan is in a stronger position than South Korea and won’t have to compromise as much. That is because it still does not have a bilateral FTA, is transparent on currency policy and hasn’t intervened in the currency market since northeastern Japan was hit by a massive earthquake and resulting tsunami in 2011.

“Japan has far more to lose from a bilateral FTA. It doesn’t make sense to do this to avoid tariffs,” said a third government official directly involved in bilateral negotiations. “We’ll never allow currency issues be tied to trade. That’s absolutely unacceptable.”

A renewed attack on Japan’s currency policy will be damaging particularly since Tokyo has hardly any ammunition left to fight another yen spike.

Fears of a trade war have boosted investors’ demand for the safe-haven yen and pushed up the Japanese currency to around 106 against the dollar, significantly stronger than the 109-level on which many exporters base their earnings forecasts for the current fiscal year to March 2019.

Japanese policymakers have warned that the yen’s 7 percent gain against the dollar this year is too volatile a move, though such verbal warnings have had little effect in keeping yen rises in check.

While currrency intervention hasn’t been ruled out if the yen spikes to less than 100 to the dollar, gaining U.S. consent for such a move would be extremely hard, the officials say.

That leaves monetary policy as a last resort, though the BOJ too has barely any tools left to fight a currency gain or another recession after BOJ Governor Haruhiko Kuroda’s “bazooka” stimulus that started in 2013.

The BOJ’s huge buying has dried up bond market liquidity and years of near-zero interest rates have eroded bank profits, raising concern that more easing could do more harm than good.

Even maintaining the current policy, which pegs Japanese government bond yields at zero even as U.S. interest rates rise, could draw U.S. heat if Washington perceives it as intended to weaken the yen, some analysts say.

Hiroshi Watanabe, a former top Japanese currency diplomat, said Tokyo could face criticism if the dollar rises to around 115 yen and the U.S.-Japan interest rate gap widens to around 350 basis points.

“The BOJ should be mindful that at some point, the United States could argue that it’s using monetary policy” to keep the yen weak, he said.