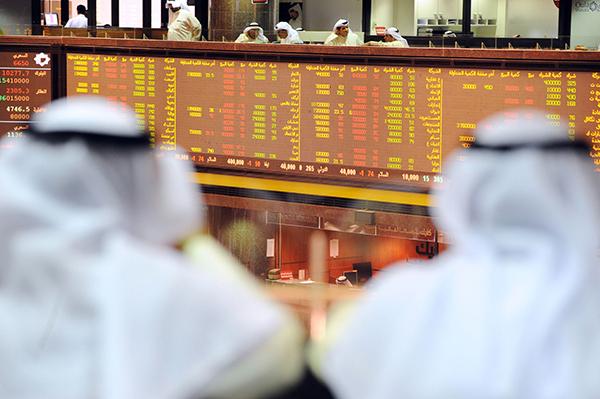 Changes to Kuwait’s equities market are taking the stock exchange “to the next level,” according to one of the country’s biggest investors.

The Gulf nation this week activated the latest round of a market shake-up aimed at attracting investors and initial public offerings. While Kuwait’s new benchmark index has fallen each day since its April 1 debut, the stocks look attractive in the medium- to long-term because the country’s economic fundamentals are stronger than its neighbors’, said Husayn Shahrur, managing director for Middle East and North Africa at NBK Capital.

NBK Capital is the money management unit of National Bank of Kuwait S.A.K., the biggest lender in the Gulf state. The firm oversaw about $6.4 billion as of the end of 2016. Here is a Q&A with Shahrur on the market overhaul.

The market is now divided into three segments (Premier, Main, and Auction Markets), with the Premier Market composed of the largest and most liquid companies. The market segmentation is designed to incentivize companies to improve liquidity and transparency. Boursa Kuwait introduced new indexes designed primarily to measure the performance of the new market segments and the market as a whole. Unlike the old price index, all indexes will be market capitalization-weighted to better reflect market performance. Boursa Kuwait has also adopted circuit breakers.

All these changes are important to take Boursa Kuwait to the next level. They came after the recent promotion of Boursa Kuwait by FTSE to emerging market from a frontier market, which will be implemented over two phases in September and December. The Capital Markets Authority and Boursa Kuwait are working on additional changes to further improve the operational infrastructure of the bourse.

We have a positive outlook on Kuwait’s stock market over the medium and long term as we believe it offers investors the right mix of fundamental attractiveness and liquidity-related catalysts. Kuwait is in a good position from a macro perspective, considering the current oil price and its comparatively low budget-breakeven level, among the lowest in the Gulf Cooperation Council. This allows Kuwait to not only stay on course to execute its ambitious infrastructure-spending plan, but to also potentially grow its sovereign-wealth reserves. Kuwait’s robust infrastructure spending plan is likely to support “decent” economic growth over the medium-term.

This is likely to have a multiplier effect resulting in earnings growth across multiple sectors, especially the banking sector, which is very well represented on Boursa Kuwait.

Preliminary calculations suggest that Kuwait’s inclusion in FTSE’s secondary emerging-market index is expected to attract passive inflows of around $800 million in the second half of this year. This is in addition to any related active inflows, which tend to be significant if the market fundamentals are also strong. There is a good case for the market to outperform its regional peers over the medium term, especially given that Kuwait trades at very reasonable multiples.