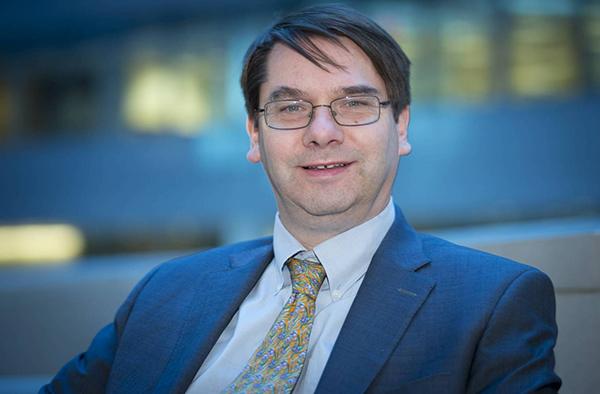 Lebanon must be careful to not take on many risks and contingent liabilities when negotiating investment with the private sector under the Public-Private-Partnership Law (PPP), to not further increase its already high public-debt-to-GDP ratio.

BEIRUT: Lebanon will need to have a management system for infrastructural investment to handle funds that the government will receive from the Cedre conference in Paris, according to Christ Jarvis, the International Monetary Fund’s head of Mission in Lebanon.

“The Lebanese government asked us to help make a public investment management assessment, that would identify ways to make sure that those funds are managed and really contribute to growth in Lebanon,” Jarvis told Annahar.

The IMF mission head considers the Cedre Donor conference to be an opportunity for other countries to show their support to Lebanon from a financial perspective while highlighting the importance of their attachment to the country as a partner.

Jarvis warned the country’s public sector to be careful when negotiating investments with the private sector under the Public-Private-Partnership Law (PPP), to not take on many risks and contingent liabilities, in hopes of increasing Lebanon’s already high public-debt-to-GDP ratio.

“PPPs are very useful, especially for a country in Lebanon’s situation, since they [the public sector] can attract a lot of investments… however, those negotiating on the part of the public sector will need to guard against taking on too many risks,” Jarvis told Annahar.

He recommended that the public sector begin taking on small and slow negotiations in order to learn from early experiences before getting into big PPP negotiations.

While in Paris, Lebanese officials will seek to raise over $16 billion for a 12-year investment program as Lebanon’s economy continues to reel under the burden of the refugee crisis and economic dysfunction.

“If the capital investment plan is accompanied by a combination of fiscal adjustments, then it will reduce the budget deficit,” he said, noting that “structural reforms can be very important to growth and stability in Lebanon.”

Jarvis also pointed out that following the IMF’s proposed measures are fundamental to reduce the government’s budget deficit, which includes raising the VAT rate, reintroducing taxes on petroleum products, and raising electricity tariffs to cut down on the subsidy bill.

“We think stricter structural reforms are very important, especially in stepping up anti-corruption efforts, and improving the electricity sector, so that people get a better supply of what they’re paying for,” Jarvis added.

Lebanon continued to slip down Transparency International’s corruption ranking this year, coming in at 143rd of 180 countries, reflecting the increasingly dire state of the economy and declining governance.

Addressing the country’s unbridled plight with corruption, which has bled the state’s coffers, Prime Minister Saad Hariri vowed to “hold those accountable,” before telling MPs that “no name has been put forth.”

Jarvis expressed faith in Lebanon’s ability to reduce its economic vulnerabilities, given that the country had demonstrated great resilience many times.

“The Central Bank has demonstrated its capacity to manage difficult financial situations, with the most recent being the sudden resignation of Prime Minister Saad Hariri from Riyadh in November 2017,” he explained

The IMF Mission head said that addressing the sources of economic vulnerabilities of Lebanon starts by reducing the public sector debt to GDP ratio.

The country’s debt has risen to an all-time high after its deficit jumped to LBP 8 trillion, with experts warning of an impending Greece-like crisis.

“We are looking at reforms that would try to do both, and it is in this context that the capital investment program is quite good, alongside fiscal adjustments that will help to raise growth in the short and medium term,” Jarvis explained.

Lebanon’s economic struggles have re-entered the spotlight in recent weeks after it became the world’s third most-indebted country, further hindered by the government’s revenue failing to keep pace with spending.

The IMF head of mission brushed off comparisons of Lebanon’s economic situation to that of Greece, considering it unhelpful since the country has its own problems and its own possibilities.

“There is a great scale for improvement in the economic conditions of Lebanon with the help of the right policies. Thus, we hope that we can give useful advice to the government and to the one that will be following the parliamentary elections, in hopes of getting Lebanon onto a much better path of reform, growth, and stability,” Jarvis told Annahar.