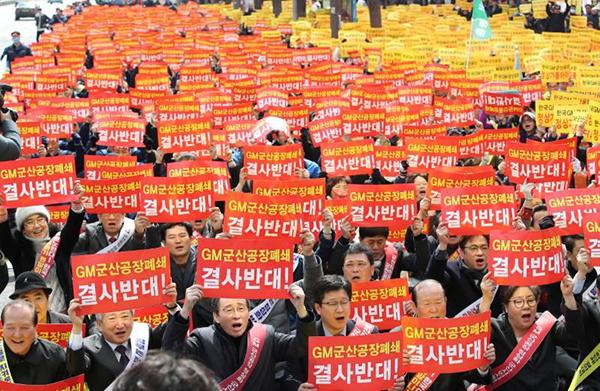 SEOUL (Reuters) – South Korea has designated the city of Gunsan an ‘industrial crisis zone’, expanding its support for the area following plans by General Motors (GM.N) to shut down a plant as well as the closure of a shipyard last year.

The new designation provides broader financial support to workers and businesses, and is one notch above its previous designation given in February of a ‘crisis zone for industry and employment’ which focused on measures to tackle unemployment.

It was the first time that the new designation has been used since the category was first introduced in June last year, the trade ministry said.

The move comes on top of central bank plans to grant 40 billion won ($38 million) in aid to mid-to-small sized companies that have been hit by the planned shutdown of the GM plant.

The government has also said it would offer about 240 billion won in loan guarantees and low-interest loans to regions hit by corporate restructuring, including the Gunsan area.