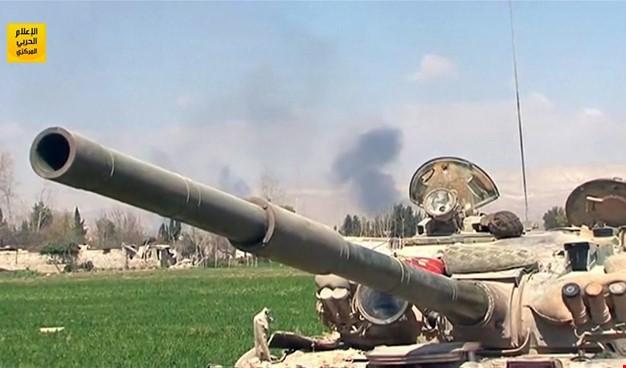 The White House has announced that the US’ military commitment in Syria is coming to a “rapid end” just a day after president Trump said that he wants his country’s troops out of the war-ravaged country “quickly.” Sputnik spoke to political commentator and analyst John Steppling about the ramifications.

Spuntik: So president Trump has said that he wants a speedy exit from Syria. However the State Department and Pentagon have issued statements saying that the US needs to remain in order to forestall a regrowth of Daesh. Additionally, Trump has both a new incoming National Security Advisor and Secretary of State who seem to advocate a robust position in Syria. Will all of this impact much upon Trump’s decision-making on a quick pull-out do you think?

John Steppling: Well, one wonders what one means by ‘Trump’s decision-making,’ I mean I think it’s important to realise that he contradicts himself constantly. It may just be that he likes the media noise that this generates, it’s hard to say. Mike Pompeo and Gina Haspel and certainly Bolton are all long-time anti-Iranian hawks. The head of the CIA region that includes Iran is Mike D’Andrea, nicknames ‘the undertaker,’ he has always advocated a robust position against Iran. We have ‘mad dog’ Mattis and the undertaker, it’s all quite comic book like in a way. How much real decision making does Trump participate in? It’s very hard to say.

Remember also this is a very evangelical cabinet. There’s never been a cabinet made up primarily of dominionists, which is sort of the extreme edge of evangelical Christianity. You have Betsy DeVos and Ben Carson and Rick Perry and Mike Pence, perhaps most of all, and Betsy DeVos’ brother who was the founder of Blackwater. These are people who in a sense mirror the mentality of Israeli settlers, they’re very fanatic, they believe in a holy war and angels, but never mind that.

Sputnik: There are also US allies like Saudi Arabia and Israel calling for the US to remain in Syria, but president Trump has asked the former to play a greater role themselves. Do you think it’s at all likely that we may see these countries playing a greater military role when the US does pull out?

John Steppling: I think it was a year and a half ago that Trump said he was going to stop the CIA funding of the Jihadi rebels trying to topple Assad. This was a kind of perception management. I don’t think the funding has stopped at all and it certainly hasn’t stopped by Saudi Arabia and they’re being sold more weapons than ever by the US and the UK. A lot of this is perception management in a sense. It’s also a kind of debatable vocabulary when people say the US has failed in Syria. I’m not sure they’d even define it as failure; there’s enormous war profiteering going on. ‘Win’ or ‘lose’ in conventional terms doesn’t matter to the US defence industry because they continue to make lots of money out of this.

Will Saudi Arabia play a larger role? Probably. One wonders who was really behind the palace coup that put Mohammad Bin Salman in this unprecedented position of power, this consolidation of power in the kingdom. But will they play a more prominent role? No doubt, no doubt.

Sputnik: Finally, US generals, such as commander of US Central Command, Joseph Votel, have said that if the US pulls out then it could create room for the regrowth of Daesh – is there some truth to that or is it just an attempt to justify remaining?

John Steppling: That’s just Pentagon-speak for, ‘we need more funding.’ There has been a long war against Syria being conducted by the US and the CIA. It hasn’t changed, and I don’t see any reason to think that it will change. A lot of this is just rhetoric for public consumption. The target has been Assad, and that’s because the country [Syria] has a pivotal location. Israel has certainly advocated for getting rid of Assad. The next step after balkanizing Syria would be some sort of regime change in Iran. That’s the idea, even if it sounds delusional.