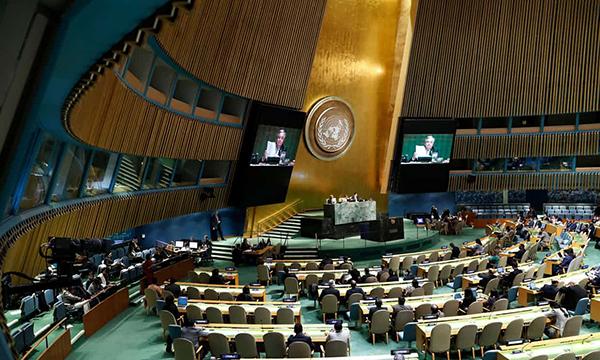 Russia requested that the key UN body meet to discuss UK Prime Minister Theresa May’s letter, in which she reiterated that it was “highly likely” that Russia was behind the nerve agent attack on Sergei Skripal and his daughter Yulia.

In the March 13 letter, the British prime minister gave Moscow an ultimatum to respond to her accusations, though did not present any sound evidence. Russia, in turn, has repeatedly denied any involvement in the poisoning of the Skripals on the British soil.

Russian officials have consistently offered help in the investigation into the attack, however, London rejected Moscow’s proposals.

“Couldn’t you come up with a better fake story,” the Russian envoy said about the story that Russian authorities ordered the poisoning of the Skripals. “We have told our [UK] colleagues, ‘you are playing with fire, and you’ll be sorry.'”

“Believe me, my friends, this story and this investigation is far from being over. In fact, it’s just begun,” the Russian envoy said. Russia has not received any list of questions from the UK Foreign Office, as British authorities have claimed, according to the emmissary. Instead, Moscow has been smeared with the Skripal case just the same way Nazi propagandist Joseph Goebbels used tactics such as repeating lies over and over to convince a large group of people of a certain conclusion, often without evidence, he said.

The attack on Russian citizens in Salisbury was likely a “terrorist attack,” the official noted. “We demand consular access to Yulia Skripal,” the Russian diplomat said.