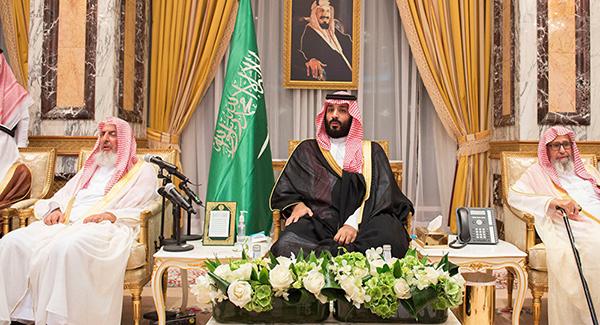 Although Saudi Arabia and Israel have no official diplomatic ties, a recent statement by Crown Prince Mohammad bin Salman al-Saud indicates that Riyadh and Tel Aviv have been maintaining allied relations for some time, Turkish political analyst Ozdemir Akbal opined while speaking with Sputnik.

“Having said that Israel has a right to live in its national state, Saudi Crown Prince Mohammad bin Salman has de facto confirmed the existence of an alliance between Saudi Arabia and Israel,” Turkish political analyst Ozdemir Akbal suggested, speaking to Sputnik Turkey.

Earlier, giving an interview to Jeffrey Goldberg of The Atlantic, the crown prince recognized the right of the Jewish people to have their own state, which has become the first time that an Arab leader has made such a statement: “I believe the Palestinians and the Israelis have the right to have their own land,” Mohammad bin Salman said, emphasizing the importance of a peace agreement between the sides “to assure the stability for everyone and to have normal relations.”

“Regardless of the fact that Saudi Arabia, like a number of other Muslim countries, cites Israel’s return to the pre-1967 boundaries as a condition for the establishment of diplomatic ties, Riyadh’s alliance with Washington and its anti-Iranian position play a decisive role in relations between the Kingdom of Saudi Arabia (KSA) and Israel,” Akbal pointed out.

He continued that despite the tough anti-Israeli rhetoric of KSA officials since 1948, the country has never taken part in military operations against Tel Aviv, unlike Egypt and Syria. Riyadh’s attitude to Israel was largely demonstrated in the form of verbal criticism, which means that the two countries’ bilateral ties are better than anyone can imagine, the Turkish political analyst opined.

According to Akbal, gradual rapprochement between Saudi Arabia and Israel kicked off in 2012: “Saudi Arabia has started cooperating with Israel more closely since 2012 in light of Iran’s position on the global arena,” the analyst said. “The conclusion of the Iran nuclear deal by Tehran and P5+1 countries as well as the fight against Daesh [ISIS/ISIL]* in Syria facilitated the process of rapprochement [between Tel Aviv and Riyadh].”

The Iran nuclear accord, also known as the Joint Comprehensive Plan of Action (JCPOA), was agreed in July 2015 by Iran, the five permanent members of the United Nations Security Council (China, France, Russia, the UK, and the US) plus Germany and the European Union.

The political analyst highlighted that despite the absence of direct diplomatic relations between the KSA and Israel, the two countries continue to affect Washington’s policy in the Middle East.

Meanwhile, the Syrian civil war that erupted in 2011 has bolstered the Saudi-Israeli relationship.

“Using different wording, both sides declared that they have common interests on the issue of ensuring regional security and exchange of intelligence,” Akbal noted. “Given this we are likely to see the speeding up of this process and, possibly, the establishment of relations with other countries of the Arabian Peninsula by Israel through Saudi Arabia’s mediation.”

Thus, in December 2017, Saudi Foreign Minister Adel al-Jubeir signaled that Riyadh has a “roadmap” to normalize ties with Tel Aviv, in an interview with the France 24 broadcaster, specifying, however, that Saudi Arabia and Israel have no official ties.

“Our position on Jerusalem has always been very clear. We believe in a two-state solution based on the relevant UN resolutions and the Arab peace initiative. We believe that in the end, we will have a Palestinian state in the ’67 [1967] borders… with east Jerusalem as its capital. This has been our position, this remains our position,” al-Jubeir stressed.

While answering a question posed by the Saudi-run Elaph news site, the Israeli military official singled out Saudi Arabia, highlighting that “there are many common interests” between Riyadh and Tel Aviv. Eisenkot underscored that the two countries had never fought each other.

Tel Aviv and Tehran have not maintained diplomatic relations since the 1979 Islamic Revolution in Iran. For its part, Saudi Arabia severed diplomatic ties with Iran following an attack on the Saudi Embassy in Tehran in 2016.

*Daesh, also known as ISIL/ISIS/IS, is a terrorist group banned in Russia and many other countries.

The views and opinions expressed by Ozdemir Akbal do not necessarily reflect those of Sputnik.