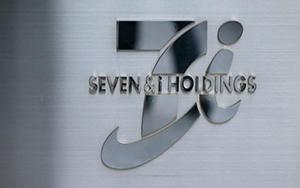 Seven & i Holdings Co Ltd said on Thursday it expects operating profit to rise 6 percent in the year through February to reach a record high, as its U.S. convenience store business helps offset cooling sales at home.

With Seven & i approaching 10,000 convenience stores in the United States, the firm is increasingly banking on that country for growth as fears rise that its domestic business is running out of steam.

Seven & i forecast full-year operating profit of 415 billion yen ($3.88 billion). That compared with a consensus estimate of 419.8 billion yen from 16 analysts polled by Thomson Reuters.

Seven & i also reported operating profit that rose 7.4 percent to 391.7 billion yen in the year just ended, boosted by growth in the U.S. where it has acquired a further 1,000 stores.

Seven-Eleven Japan, which pioneered the convenience store model with its first store opening in Tokyo in 1974, passed the 20,000 store mark in January – a network comparable to the 24,000 post offices run by Japan Post Holdings Co Ltd.

To combat slowing sales in Japan, 7-Eleven is offering new products and services, including expanding its range of frozen and semi-prepared foods, trialing fresh food delivery and teaming up with SoftBank Group Corp to offer bike-sharing.

Combined same-store customer numbers have been falling at convenience stores for two years, showed data from the Japan Franchise Association.

Japan has around 55,000 convenience stores nationwide, roughly one for every 2,300 people. Over 90 percent of the stores are in the hands of one of the three big chains – 7-Eleven, FamilyMart UNY Holdings Co Ltd and Lawson Inc.