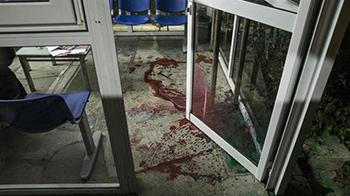 Yazar said a group of 15 to 20 people came to the street where the consulate is located in the evening of April 4 and began smearing the building’s walls with red paint.

No one was injured in the attack, however, the windows of the consulate’s waiting room were broken, Yazar said.

The assailants later escaped, she added.

According to Greek media, the Greek group called Rubikon, who view themselves as anti-government anarchists, claimed responsibility over the attack.

Greek police said they were probing the incident.