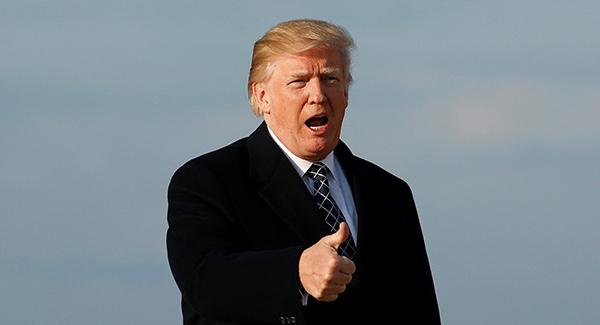 WASHINGTON (Reuters) – When Liu He, Chinese President Xi Jinping’s top economic adviser, came to Washington in late February, he was expected to make arrangements for restarting trade talks that President Donald Trump had put on ice.

But just as Liu arrived, the Trump administration announced global steel and aluminium tariffs aimed at punishing China for what Washington says is its overproduction of steel that hurts U.S. steel makers. The announcement came a day ahead of a meeting planned with Trump’s economic point men, Treasury Secretary Steve Mnuchin and then White House adviser Gary Cohn.

Pessimistic Trump officials had said the Liu meeting would probably go nowhere. “People expect that whatever the Chinese offer it will be insufficient,” a White House official told Reuters just hours ahead of the meeting.

The timing of the announcement, whether deliberately aimed at embarrassing Liu or not, was emblematic of the Trump administration’s more confrontational approach to what the United States has long viewed as China’s unfair trade practices.

It was the opening salvo in a pattern of escalation that continued this week as Trump slapped first $50 billion in tariffs on China and then said he would seek $100 billion more after Beijing struck back. (Graphic: tmsnrt.rs/2GXE9qr)

The rapid tit-for-tat escalation, which has brought the world’s two biggest economies to the edge of a trade war, is being driven by anti-China economist Peter Navarro and U.S trade negotiator Robert Lighthizer, who cut his teeth in trade deals with Japan in the 1980s.

Navarro has moved from the sidelines to centre stage following the departure of Trump’s economic adviser Steve Cohn, who quit in protest over the punitive steel tariffs on China. While Cohn shared Navarro’s view that China’s unfair trade practices must end, he had instead advocated enlisting help from Europe and Japan to pressure Beijing, sources said.

Cohn failed to persuade Trump to that point of view. One White House official said that Navarro is now the dominant voice in the room on China trade. “Once they (Navarro and Lighthizer) get his (Trump’s) ear, it’s hard to walk him back to a more reasonable place,” said one person close to the White House.

Trump does not need much convincing. He has long criticized China’s trade practices and it was a recurrent theme in his 2016 election campaign. With Cohn and other moderating voices now gone from his administration, White House officials say he now feels more able to keep his campaign promises.

Trump’s negotiating style, honed in his years as a real estate developer, is to take extreme positions to force concessions from his opponents. So far that approach has had mixed results at home and abroad.

While the Trump administration has signalled it is open to negotiating with China to avoid a trade war, it is no mood for talks that produce vague promises but no verifiable results.

“We can’t just trust. We need to verify and we need to make sure that if we do get into a negotiation situation where China is making commitments, they have to be commitments that we know that they’re going to follow through on,” an administration official told Reuters on Thursday.

“We can’t simply just take, ‘Don’t worry we’ll stop,’ as an acceptable outcome any more,” said the official, who could not be named due to the sensitivity of the issue.

U.S. trade officials now largely echo Trump’s view that as the importer, the United States holds the whip hand in any talks, citing Chinese exports to the U.S. of $500 billion a year versus American exports to China of just $130 billion.

With tempers running hot on both sides, there is little imminent prospect of getting Washington and Beijing to the negotiating table.

China’s Commerce Ministry spokesman, Gao Feng, on Friday called the punitive steps by the United States as “extremely mistaken,” threatened a “fierce counter strike” and said no negotiations were likely in the current circumstances.

While Beijing claims that Washington is the aggressor and is spurring global protectionism, China’s trading partners have complained for years that it abuses World Trade Organization rules and propagates unfair policies at home that lock foreign firms out of some sectors as domestic champions are being nurtured.

Along with Navarro, Lighthizer, the U.S. Trade Representative, is also pushing for a more combative approach to towards China.

A veteran trade lawyer who built dozens of steel industry anti-dumping cases against Chinese producers, he has been plotting a trade confrontation with China for years. In 2010, he argued in testimony before a congressional commission that some WTO rules may need to be ignored to “force change” in China’s practices.

“Wringing our hands and hoping for the best is not the answer. We need strong leaders who are prepared to make tough decisions, and who will not be satisfied until this crisis has been resolved,” he said at the time.

Lighthizer has adopted a similarly tough stance in talks to renegotiate the North American Free Trade Agreement, one of the world’s biggest trade pacts that spans the United States, Canada and Mexico. He has relentlessly pushed for tough concessions. But in six months of talks, little or no progress has been made.

Mexico and Canada have blamed Lighthizer’s hardline negotiating stance for the lack of progress. They say he has repeatedly told them to swallow tough concessions on autos, investor protection and other issues. Lighthizer has said he is determined to “rebalance” NAFTA trade to restore lost U.S. manufacturing jobs.

The worry is that these negotiating tactics may not work with China, now the world’s second largest economy and one that is not as easy for Washington to sway as its neighbours and longstanding NAFTA allies.

“The relationship is spiralling downwards, and the risk of a miscalculation or accident is only increasing,” the Council on Foreign Relations Asia studies director Elizabeth Economy wrote.

(Graphic: Tit for tat: How the U.S./China trade row is escalating, tmsnrt.rs/2GXE9qr)