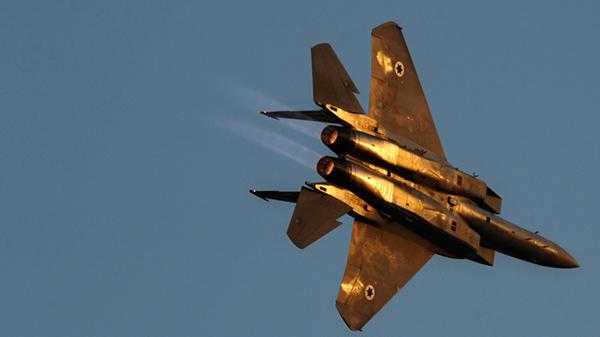 Two Israeli F-15 fighters targeted Syria’s T-4 airbase in Homs province, the Russian Defense Ministry said on Monday. The jets fired eight guided missiles, but five of them were shot down before they hit the airfield.

In a statement on Monday, the Russian military said: “Two Israeli Air Force F-15 jets fired eight guided missiles at the T-4 airfield.” The Israeli aircraft did not enter Syrian airspace and launched the strikes while flying over Lebanon.

“Syrian air defense units have shot down five guided missiles,” the military said, but confirmed that three of the missiles “reached the western part of the airfield.”

Citing its own correspondent, Lebanon’s Al-Mayadeen channel said earlier on Monday that an Israeli reconnaissance aircraft was airborne during the attack on the Syrian base. The missiles crossed Lebanese airspace over Keserwan and Bekaa, heading towards Syria, according to the broadcaster.