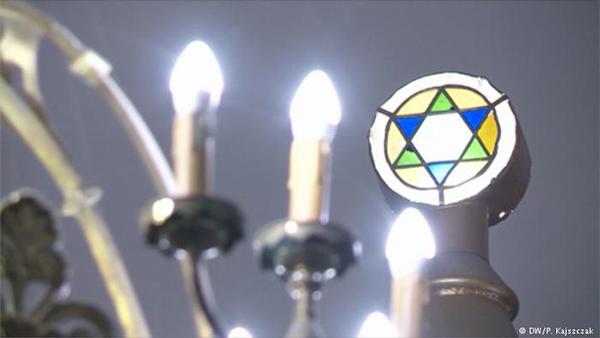 Germany’s interior ministry supports the Central Council of Jews, whose chairman said those who disrespect German values should be stripped of their right of abode. It comes as Germany grapples with rising anti-Semitism.

The chairman of Germany’s Central Council of Jews, Josef Schuster, told the Welt am Sonntag newspaper that fines and reprimands were not enoughwhen tackling anti-Semitism and that migrants who offend Germany’s democratic values should be expelled.

“Those who knowingly and repeatedly violate our societal consensus should forfeit their right to stay,” he said.

The Interior Ministry, which is run by the Bavarian sister party of Chancellor Angela Merkel’s ruling CDU party, the CSU, says it “emphatically supports” Schuster’s proposal. Deputy Minister Stephan Mayer told the Welt daily on Monday that “as a last resort, we should take away people’s right to stay in Germany if they have committed an offense motivated by anti-Semitism.”

He added that “those people thereby oppose the core values and beliefs of our democratic system.”

While the far-right AfD applauded the proposal, the Social Democrats, who are part of Germany’s ruling coalition, pointed out that the legal basis for Schuster’s proposal already exist.

The so-called “law of residence” allows for migrants to be deported if they have been convicted of a crime or if someone interferes with integration “in a reprehensible fashion.”

Europe as a whole and Germany have been grappling with rising anti-Semitism. The majority of offenders are from the extreme right, but the Council of Jews is also concerned about anti-Semitic migrants to Germany from Muslim-majority countries.

There have been proposals to introduce compulsory reporting of anti-Jewish bullying in schools and to make it illegal to burn national symbols, after Israeli flags were burnt during protests in Berlin against the US decision to recognize Jerusalem as the Israeli capital.

The government is in the process of appointing an anti-Semitism commissioner who will be tasked with implementing a strategy to root out anti-Jewish sentiment.